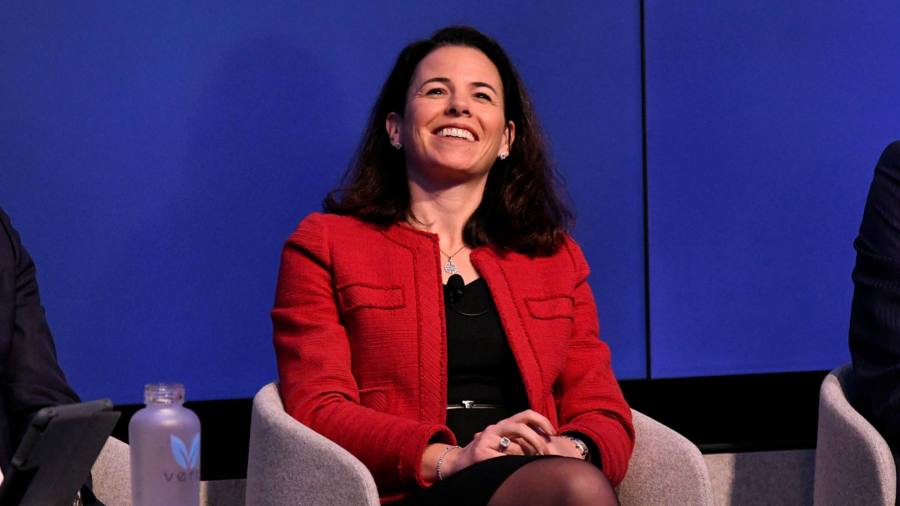 Deutsche Bank has continued to back its US operations through the coronavirus pandemic despite broader financial pressures on the group, according to its top regional executives.

The German lender has allocated capital to its investment banking division, which has its largest operations in the US, in each of the past three months to keep up with clients’ demands for extra financing and trading, regional chief executive Christiana Riley told the Financial Times.

The allocation comes despite a pandemic that has put further pressure on Deutsche’s already-stretched balance sheet and shareholder scepticism about the wisdom of keeping a US operation that does not cover its cost of capital.

“We don’t think about this as a zero-sum game, [that] you’re either supporting small businesses and retail customers in Germany or supporting our US corporate and institutional clients,” said Ms Riley, who is on Deutsche’s nine-person management board.

She added that the US division would not lose out to the type of home-country bias that banks often display during a crisis, as evidenced by US banks pulling back from lending to European corporates. A perception of a Germany-versus-US divide is a “a very simplistic view”, Ms Riley said.

Underperformance of the US unit and the historical volatility of the global investment bank have dragged down the market value of the company, according to many investors.

The division has also tussled with US regulators. In March, the Federal Reserve Bank of New York rebuked Deutsche for failing to address a litany of concerns at its US operations, which it described as being in a “troubled condition”.

Ms Riley declined to comment on relations with regulators.

Some investors expected the US business to be axed entirely under a sweeping restructuring announced last summer.

The US part of that plan, which included thousands of unspecified job losses as the bank closed its global equity trading division, is “fully on track”, Ms Riley said. She added that US job cuts had been completed ahead of target.

“The US business needs to be earning more than its cost of capital,” she said. “So that’s what we’re working toward . . . The core business is close to that.”

The bank has not guaranteed there will be no cuts through the Covid-19 crisis, as most of its US peers have done. “We don’t need to do that and our investors wouldn’t thank us for it,” Ms Riley said.

The pandemic has added pressure on Deutsche’s balance sheet as companies clamour for more credit while looming loan losses take a chunk out of the bank’s capital.

Mark Fedorcik, the New York-based head of Deutsche’s investment bank, said the division was performing strongly and there was “appetite to deploy more capital to support our clients” given market conditions.

“We absolutely did that in March, April and May,” he said.

Deutsche told investors in December that there would be almost no growth in the investment bank’s capital until 2022. But that commitment was overwritten by the bank’s April decision to ease one of its key capital targets so it could deploy more capital across its business in light of the coronavirus crisis.

Mr Fedorcik, whose division increased profits by 18 per cent in the first quarter, said the investment bank was enjoying “very strong” market conditions in fixed income, currencies and commodities trading. It was also looking at new lending to private equity, although he said that market was “slow”.

Deutsche has previously boasted of its status as the number one lender in US commercial real estate. “Everyone who lends in commercial real estate is obviously suffering some setbacks, but the size of our portfolio . . . is not so big that it’s going to overwhelm us and we feel very confident about that,” Mr Fedorcik said.

The US business needs to be earning more than its cost of capital. So that’s what we’re working toward . . . The core business is close to that

He added that his investment bankers had been making as many as 50 per cent more client calls than a year ago now that they were working from home.

Ms Riley said Deutsche’s 2021 plans to move from its 60 Wall Street office to a new site at Columbus Circle remained on track, but that the bank was “thinking about re-engineering space in certain areas” to provide more collaborative work areas. People are more likely to come to the office to work together in a post-Covid era, she said.

Deutsche is repopulating its US offices on a phased basis, as work from home restrictions ease in various cities. In New York, where authorities lifted the stay home order this week, the bank will evaluate the situation for three weeks.

Returning will be optional and protections are in place, including temperature screening and masks “wherever six feet of distance can’t be maintained in public spaces in elevators [and] in the cafeteria”, Ms Riley said.