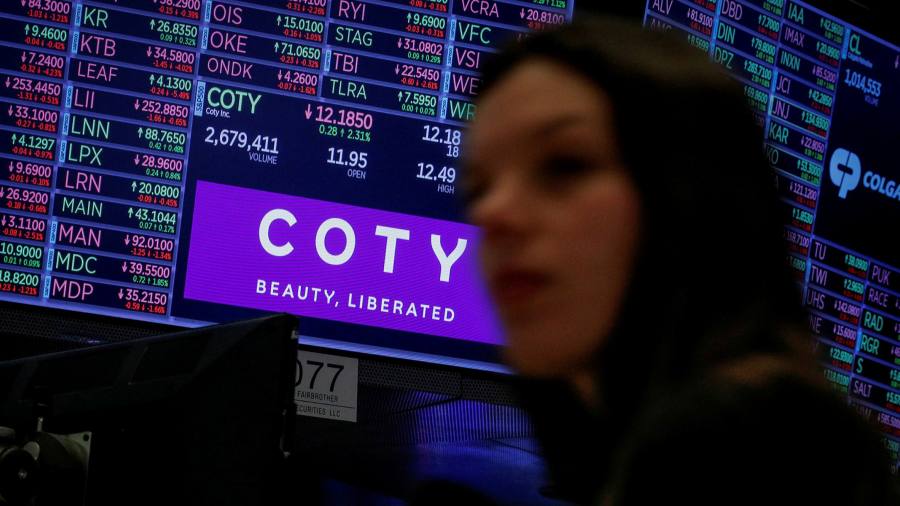 A Californian manufacturer of beauty products has filed two lawsuits against Coty and celebrity sisters Kim Kardashian-West and Kylie Jenner, alleging that their recent tie-ups amount to a theft of its trade secrets.

The lawsuits come after Coty, and its controlling shareholder JAB Holdings, staked $800m on twin deals with the sisters, betting their influence in the beauty industry will help turn around the lossmaking company that is home to CoverGirl and Max Factor brands.

On Monday Coty agreed to buy a 20 per cent stake in Kim Kardashian West’s make-up brand KKW for $200m, building on a $600m investment in November that secured a 51 per cent in Kylie Jenner’s eponymous cosmetics brand. Together the sisters have 359m followers on Instagram.

Now Seed Beauty, founded by brother and sister Laura and John Nelson in 2014, is calling those deals into question and asking the courts to intervene to protect its intellectual property and correct what it alleges is a breach of contract by KKW and Kylie Jenner’s company.

The first lawsuit was filed in the Superior Court of California in Los Angeles on June 19 against KKW and the second on June 30 was against Kylie Jenner’s company and Coty.

Seed Beauty said it was the “sole developer, manufacturer and supplier” for both KKW and Kylie Cosmetics and that its “competitive position would be gravely harmed” were Coty to gain access to its trade secrets.

Seed maintains in the lawsuits that its expertise covers everything from tracking make-up trends on social media that can quickly be met by new products to then selling those items online.

The Nelsons are prominent players in the beauty industry in their own right, having founded ColourPop Cosmetics, a successful direct-to-consumer brand that churns out bright eyeshadows and glittery lipgloss for legions of young consumers. Kylie Jenner, and later her sister Kim, sought Seed’s help when they wanted to launch their own beauty brands.

While the sisters provide the star power and ideas, Seed then translated their ideas into products and helped sell them online, the lawsuits claim.

“Coty made a $600m investment in [Kylie Cosmetics], but it really was a subterfuge to learn Seed’s confidential business methodologies,” Seed alleges in the lawsuit.

To protect its interests, Seed Beauty has asked the court to prevent the sisters’ companies from sharing its secrets with Coty, and has also demanded a “reasonable royalty” from the defendants. It is also seeking unspecified damages.

On June 26, it obtained a temporary restraining order against Coty and KKW in the first lawsuit, and has also requested one in the second case.

Coty is the third-biggest cosmetics maker in the world after L’Oréal and Estee Lauder, but has been embroiled in a painful turnround since 2015 and carries heavy debt. Its struggles have been deepened by the Covid-19 pandemic, leaving its shares down 60 per cent this year. L’Oréal’s have climbed 8 per cent.

Lawyers for KKW wrote in a legal filing dated June 19 that Seed had not supplied enough evidence that its trade secrets had been stolen.

“The actual ‘trade secret’ that has made KKW successful — which Seed attempts to exploit — is the unique influence, renown, dedication and hard work of KKW’s President and Founder, Kim Kardashian West,” lawyers for the group said.

For its part, Seed said in this week’s filing that it had tried to resolve the matter amicably. “Out of deep respect for Kylie Jenner, Kim Kardashian, and the highly successful businesses Seed created with them, Seed attempted to resolve this dispute privately and repeatedly asked for assurances related to leakage of Seed proprietary information from King, Kylie to Coty.”

The lawsuits come as JAB is already fighting a case against food giant Mars, which alleges that the investment company stole its trade secrets.