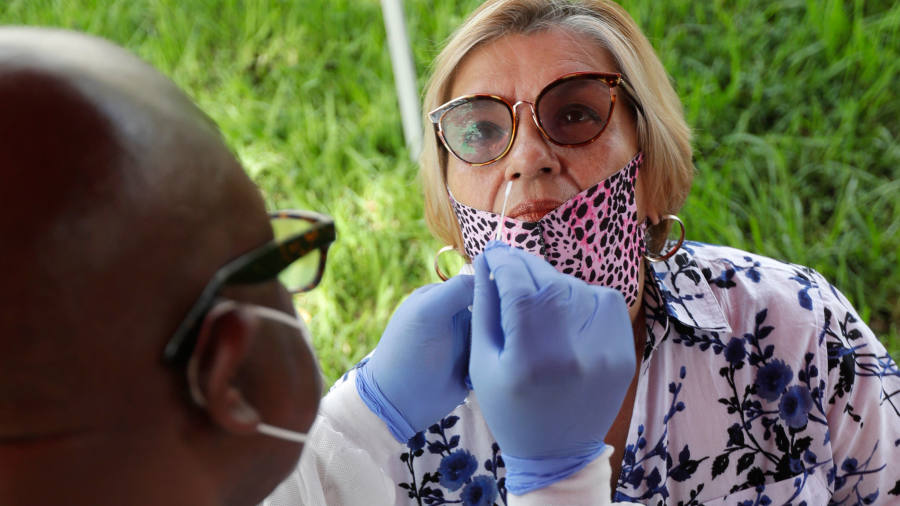 US seven-day average death toll hits highest since May

The US has averaged more than 1,000 coronavirus deaths a day over the past week, offsetting some encouraging signs of a plateau in new case numbers. A further 1,121 people died on Tuesday, according to Covid Tracking Project data, from 1,059 a day earlier.

This is the seventh time in eight days that the daily increase in fatalities has topped 1,000 and brings the seven-day average to 1,003.

The seven-day average is now back above 1,000 for the first time since May 27, compared with an average of as low as 490 in early July, according to Financial Times analysis of Covid Tracking Project data.

Recent signs of a slowdown in new infections appeared intact. A further 53,507 people in the US tested positive for coronavirus over the past 24 hours, from 55,134 on Monday. That has pulled the rolling seven-day average of cases to about 64,500, the lowest in nearly two weeks.