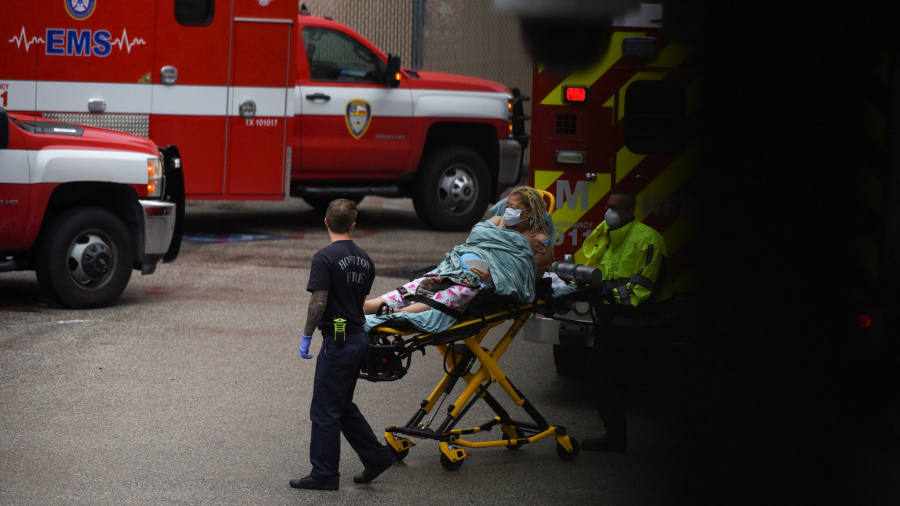 Coronavirus spreading at an ‘unacceptable rate’ through Texas

Texas governor Greg Abbott acknowledged coronavirus was spreading at an “unacceptable rate” through the state, but said that the recent rise in new coronavirus cases could be a result of residents failing to practice physical distancing guidelines or wear face coverings.

The governor, at a press conference on Monday, also sought to blame some of the increase on a series of one-off increases in places like prisons and nursing homes.

“More important than the numbers you hear about on a daily basis are the reasons behind those numbers,” Mr Abbott said.

The governor referred to a then record one-day increase of 2,504 new coronavirus cases on June 10. About one-fifth of those cases were due to a batch of positive tests that came back from a prison in Jefferson county and compared with the county’s typical daily average of between 10 and 15, he said.

The increase on June 10 was also propped up by a jump in cases in Collin county owing to “some tests” that came back from an assisted living facility and a jump in Pecos county to 92 from typical levels of about 2 was a “data error”, Mr Abbott said.

Texas reported 3,866 new coronavirus cases between Saturday and Sunday, according to data compiled by Covid Tracking Project, down from a record one-day increase of 4,430 a day earlier. Mr Abbott did not say whether these higher numbers were influenced by any one-off increases.

Mr Abbott said the “majority” of people who had tested positive for coronavirus since the beginning of June were under the age of 30, but it was not clear whether these people had contracted the disease in bar-type settings, at protests or as a result of events on the memorial day public holiday.

“We think there has been an increase in people testing positive because they may not be practicing all these safe standards,” he said, referring to physical distancing, regular hand washing and wearing face masks or other personal protective equipment.

Earlier today, Mr Abbott said “Covid-19 is spreading at an unacceptable rate in Texas” and “needs to be corralled”, but said that closing the state economy down again would always be the last resort.