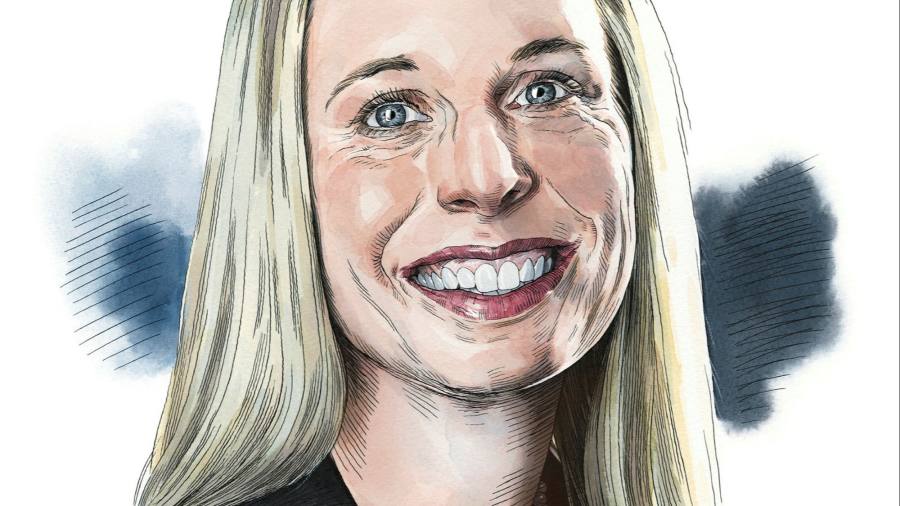 On a call hosted by the executive team of Colorado Public Employees’ Retirement Association or Pera, Ms McGarrity listened as one retiree complained that the teachers, judges and state workers that make up the plan “always seem to bear the brunt of things”.

The coronavirus crisis has been an earthquake for US public pension plans including Pera, shaking their already fragile financial foundations and compromising their efforts to be fully solvent in the longer term.

In Pera’s case, investment losses caused by this year’s market turbulence combined with the suspension by the state of a key plank of Pera’s funding due to budget pressures have increased the likelihood of the plan’s 620,000 members being asked to increase their contributions or accepting cuts to their benefits.

“They continue to chip away at our benefits [and] we’re getting to the point where [it] doesn’t keep pace with inflation,” said the concerned Pera retiree on the call.

In her characteristic serious yet personable tone, Ms McGarrity responded that Pera’s management was sensitive to the fact that “so many of the people responding to this crisis are Pera members”.

Yet she did not have the answers members were looking for, as she warned of possible financial pain when the plan reports its full-year figures.

Pera’s public market benchmark was down 1.1 per cent from the start of the year to July 7, well below the 7.25 per cent gain the plan aims to achieve every year to meet its target of becoming fully funded by 2047. Pera’s assets currently represent 61.9 per cent of what it needs to pay future benefits to members.

“Unfortunately, 2020 is a really tough market. It is fair to say our asset base has taken a hit,” says Ms McGarrity.

Despite markets recovering in the second quarter, Ms McGarrity, who is also a co-portfolio manager on one of Pera’s equity funds, is sceptical about whether the rally reflects reality. “Although we have had some good news about potential [Covid-19] therapies and immunisations, there is nothing concrete and not a lot of visibility on timings,” she says. “That lack of visibility concerns me.”

But Ms McGarrity urges pension savers to hold their nerve and not be knocked off course by short-term events. “Stakeholders need to keep that long-term perspective and not rush to judgment in a given year,” she says, speaking from Pera’s deserted Denver office where she is among a skeleton staff who alternate turns on site.

The 47-year-old has seen her fair share of tumult during her nearly 13 years at Pera and its predecessor, the Denver Public Schools Retirement System. The plan has gone through two rounds of reforms aimed at saving it from insolvency at the same time as some of its members have embarked on high-profile battles to secure higher pay, such as a big strike of Colorado teachers in 2018.

Ms McGarrity says she understands the difficulties faced by Pera members, noting that the sacrifices they have made and will probably have to make again “are at the forefront of everyone’s mind”.

On her initiative, Pera has taken steps to improve investment outcomes for its members, such as reducing costs by an estimated $45m a year by managing the bulk of its asset pool internally.

One of Ms McGarrity’s boldest moves was pushing Pera to absorb the cost of investment research for internally managed money instead of bundling it into trading commissions that are passed on to investors. Inspired by reforms introduced by Mifid II in Europe, she also managed to convince all but one of Pera’s external managers to stop passing on research costs, despite this not being a regulatory requirement in the US.

The normally measured Ms McGarrity adopts a more forceful tone when speaking about the conflicts-ridden area of investment research. “The rationalisation of research consumption has been eye-opening,” she says, citing the example of an external manager employed by Pera that stopped attending a sellside conference after it started paying for research. “If it’s not value add when the investment manager is paying, why was it so valuable when the client was paying for it?”

Like many other US state pension plans, Pera is a big investor in private equity, with about 8 per cent of its portfolio in the asset class. Despite public scrutiny of buyout managers’ performance relative to their high fees, Ms McGarrity says that private equity’s value proposition is “significant”, pointing out that Pera’s private equity portfolio has outperformed public equities over 10 years.

On a short-term view, some members may disagree. Pera’s private equity portfolio has lagged behind both its benchmark and the plan’s public equity investments over one and three years, despite it paying $55.6m to external private equity managers in 2019, by far its biggest investment expense.

Ownership Instrumentality of the State of Colorado

Pera’s board had previously considered whether to make direct investments in private companies, following the lead of schemes such as Calpers and Canada’s CPPIB, but it concluded that this was not yet feasible given its small size.

The Colorado plan’s position on environmental, social and governance investing is also a work in progress. The Pera board is exploring whether to make changes to its policy, but until that happens Ms McGarrity and her team, who were challenged about holdings in private prisons during the recent call with members, will prioritise financial returns over ethical goals.

Participating in policy debates is a personal interest for Ms McGarrity, who is a member of various SEC stakeholder committees and sits on the board of Healthy Markets, an advocacy group focused on market structure.

Healthy Markets executive director Tyler Gellasch describes her as having “a good knack for spotting policy areas where improvements could be made to help investors”, pointing to her advocacy on research unbundling and her work on stamping out conflicts of interests in credit ratings.

Part of what makes her voice in Washington powerful is her position as an outsider and her ability to “cut to the chase” and avoid the euphemisms used by political insiders, says Mr Gellasch.

While Ms McGarrity says she finds policy “really fun”, she does not nurture ambitions to switch over to this world. “I’m an investor through and through, it’s my passion,” she says.

Born in Illinois but raised in rural Wyoming, she prefers the peace of the countryside and counts herself lucky to be based in Colorado with the Rocky mountains close by.

“Denver is a fantastic place to live. I think a lot of people would love to live here but there just aren’t as many opportunities as there are in New York, Boston, San Francisco and Chicago,” she says. “To be an investment manager in Denver [as well as being] CIO and representing this great organisation, I couldn’t ask for much more.”