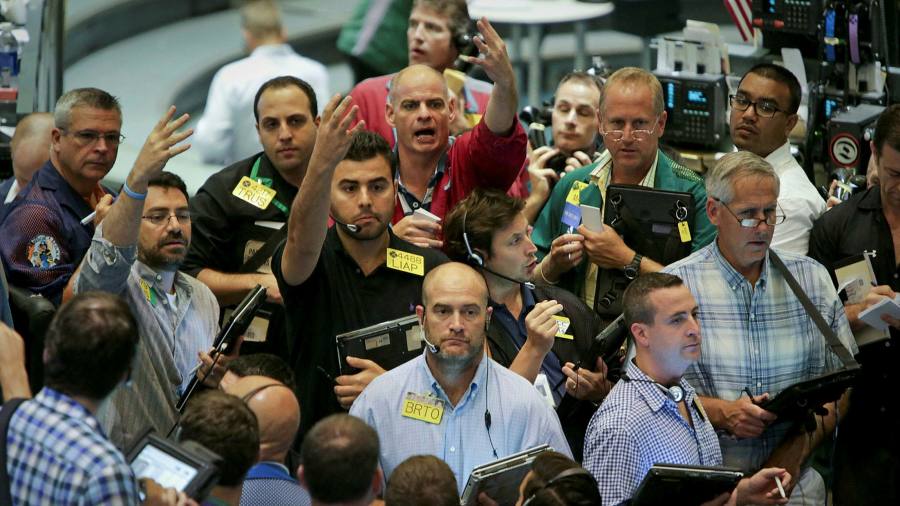 CME Group, the largest US exchange operator, has agreed to pay at least $3.5m after admitting liability in a case in which two former employees leaked secret trade data to a commodities broker.

The Chicago-based group was sued in 2013 by the US Commodity Futures Trading Commission in a rare federal regulatory action against an exchange company that itself has powers to police market misconduct.

The commission alleged that between 2008 and 2010, the employees at CME’s Nymex energy and metals exchange disclosed confidential details of trading in crude oil and natural gas options to a broker named Ron Eibschutz, who was later charged with aiding and abetting the scheme.

CME acquired Nymex — originally the New York Mercantile Exchange — in August 2008, a deal that cemented its dominance in US futures markets.

The former Nymex employees, William Byrnes and Christopher Curtin, revealed “the identities of counterparties to specific options trades, whether a particular counterparty purchased or sold the option, whether it was a call or a put, the volume of contracts traded, the expiry, the strike price, and the trade price,” according to a proposed settlement order filed on Friday in Manhattan’s federal district court.

Mr Byrnes and Mr Curtin “acted within the scope of their employment” when they shared the information with the broker, and Nymex was “vicariously liable” for their actions, said the order, whose signatories included Mr Byrnes, Mr Curtin and lawyers for CME and the CFTC.

CFTC’s lawsuit said that CME had received a complaint in July 2009 that an employee named “Billy” — a reference to Mr Byrnes — had conveyed private information to third parties. But the exchange conducted a cursory investigation and never questioned Mr Byrnes. In fact, he was promoted to a job that involved training colleagues on confidentiality policies, the lawsuit said.

Mr Byrnes was eventually fired in December 2010, while Mr Curtin had resigned in April 2009, the settlement order said.

CME declined to comment. Robert Herskovits, an attorney for Mr Byrnes, said it would not be appropriate to comment until the order was approved by the court.

The CFTC and lawyers for Mr Curtin and Mr Eibschutz did not immediately respond to requests for comment.

Mr Eibschutz was not a party to the settlement order. In a letter to the judge, CFTC lawyers said that he and the agency “have reached an impasse with respect to the amount of the civil monetary penalty that would be imposed on Eibschutz in a settlement”, and requested that their negotiations continue.

Mr Byrnes, Mr Curtin and CME jointly agreed to pay $4m in penalties, with Mr Byrnes’ share capped at $300,000 and Mr Curtin’s at $200,000, the settlement order said. The two men were also barred from commodities markets.