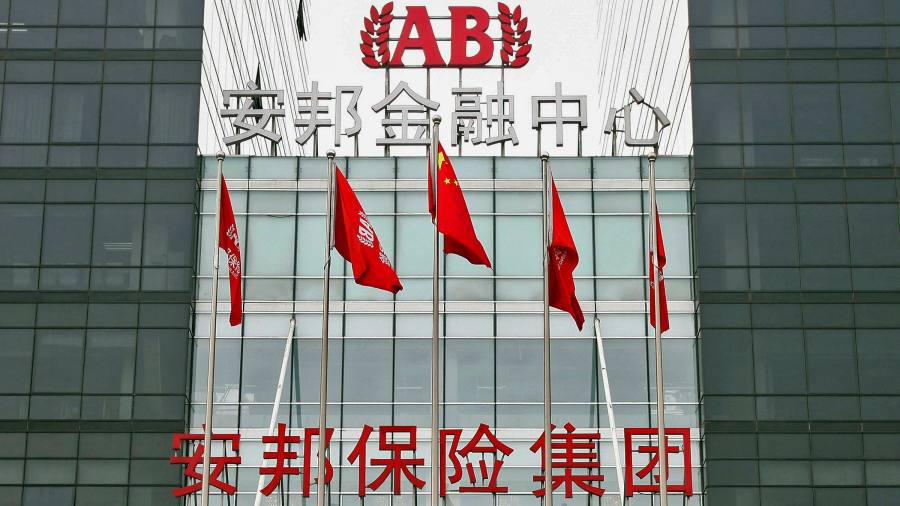 Chinese regulators are publicly purging the banking sector of “illegal” shareholders, many of whom have been caught using financial institutions as ATMs to fund their own projects.

The China Banking and Insurance Regulatory Commission for the first time has released a list of 38 illegal shareholders that will be forced to divest from banks and insurance companies.

They include companies connected with bailed-out regional lender Baoshang Bank and Anbang Insurance, which required a $10bn injection of public funds.

The move is part of attempts to rid the financial sector of unruly tycoons who authorities say have used their shareholdings in banks to provide financing to other companies they own — a practice that is common in China but which has led to a concentration of risk for many lenders.

The regulator accused the named companies of misdeeds including “using [their] position at the banks to seek out improper profits”.

“Some have even used banks and insurers as ATMs, using illegal methods to misappropriate banking and insurance funds,” the CBIRC said in a statement.

Analysts said the measures were part of efforts to stamp out bad practices that have increased risk in the banking system.

“It would be consistent with the broader regulatory directives to contain financial disorder in recent years, including more accountability on bank shareholders,” said Grace Wu, senior director of financial institutions at Fitch Ratings.

One of the most egregious examples of such lending was linked to tycoon Xiao Jianhua, who once controlled Baoshang Bank.

Before he was kidnapped from Hong Kong’s Four Seasons hotel by Chinese agents in 2017, Mr Xiao used Baoshang to fund many of the companies connected to his Tomorrow Group conglomerate. The government was forced to take over Baoshang last year because of the lender’s “serious credit risk”.

On the illegal shareholding list published at the weekend, 10 of the named companies had holdings in Baoshang Bank.

Ten other companies on the list were linked to Chengdu Rural Commercial Bank, which was controlled by fallen tycoon Wu Xiaohui, former chairman of Anbang Insurance.

Under Wu’s leadership Anbang built a global empire of insurance and property holdings, but it was taken over by the Chinese government in 2018 and Wu was sentenced to 18 years in prison for financial crimes.

Anbang later required a $10bn bailout to prevent the spread of risk throughout the financial system. Chengdu RCB played a role in the illegal channelling of funds to Wu’s business network, according to local media.

Small and medium-sized banks in China have come under pressure in recent years as bad loans mount. The outbreak of coronavirus in January and the subsequent lockdown of much of the country has further squeezed the balance sheets of those that lent heavily to troubled small and medium enterprises.

Clearing out problematic shareholders is just one step regulators have taken this year to curb systemic risk in the financial system. The central bank has also pledged to buy loans off smaller banks in order to free up lending capacity.