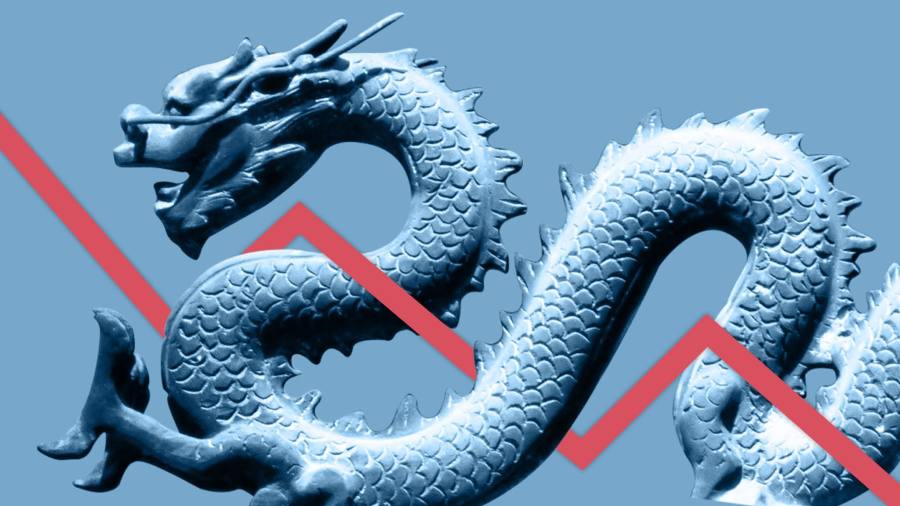 Chinese stocks lost further ground on Friday even as state media sought to reassure investors on the outlook for onshore equities following their worst fall in five months, with uncertainty weighing on shares across the Asia-Pacific region.

China’s CSI 300 index of Shanghai- and Shenzhen-listed stocks rose almost 2 per cent in early trading after the state-run China Securities Journal published a report that onshore shares’ recent fall was a “normal adjustment”. But the benchmark index reversed course and was down 0.3 per cent by the end of the morning session.

The cheerleading from state media followed the worst day for Chinese equities since early February, which led global markets lower on Thursday with a fall of almost 5 per cent.

That sell-off came after China reported gross domestic product had returned to growth in the second quarter, rebounding 3.2 per cent and prompting concerns it had been engineered by state support that might not last. Retail data also disappointed, suggesting an uneven economic recovery.

Doubts about Chinese growth had also weighed on global markets. On Wall Street, the S&P 500 closed 0.3 per cent lower after two straight days of gains. London’s FTSE dropped 0.6 per cent after the European Central Bank decided against adjusting its stimulus programme.

Friday’s report in the China Securities Journal said there was “no need for extreme pessimism, and the [share price] adjustment has provided long-term investors with a strategic opportunity for the medium and long-term”.

A director at one Shanghai-based brokerage said the article was intended to bolster the outlook among China’s retail investors and described recent moves in China’s so-called A-share market “all driven by sentiment, rather than any change in fundamentals”.

Andy Maynard, a Hong Kong-based trader at China Renaissance, said that share price movements on Friday “were nothing in terms of the fundamentals that are out there”.

Japan’s benchmark Topix index was down 0.3 per cent after Chinese stocks’ reversal while Australia’s S&P/ASX 200 was off 0.1 per cent. Hong Kong’s benchmark Hang Seng index was up 0.5 per cent.

Futures markets tipped US stocks to notch minor gains when trading begins on Wall Street later in the day, with the S&P 500 expected to rise 0.3 per cent. The FTSE 100 was set to rise 0.2 per cent.

Investors are also looking ahead to Friday’s meeting of EU leaders, who are set to discuss the details of a €750bn recovery fund.

Oil prices were little moved, meanwhile, with Brent crude, the international benchmark, off 0.2 per cent at $43.29 a barrel. US marker West Texas Intermediate was down 0.1 per cent at $40.73.