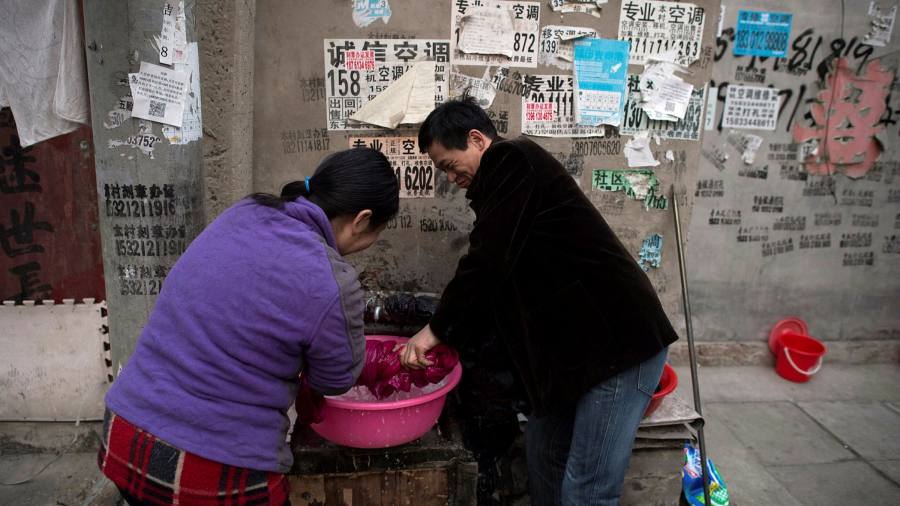 China is facing a public outcry over its claim that Beijing had “basically won” the war against poverty after Premier Li Keqiang admitted that more than two-fifths of the population made less than $140 a month.

A week after Mr Li announced the figure, saying it was “hardly enough” to rent a home in a big city, academics and netizens raced to question Beijing’s pledge to eradicate poverty by the end of this year.

“Given the current price level, the premier is suggesting 600m Chinese people are having trouble maintaining a basic living standard,” said a Beijing-based policy adviser, who declined to be named. “The poverty relief [campaign] needs to carry on.”

The backlash has raised questions about whether Beijing could meet one of its biggest policy goals even though President Xi Jinping said in March that China had made “decisive achievements in eliminating poverty”.

“We have almost met our goal and have basically eradicated poverty on a regional level,” he said.

If these 600m people can’t make ends meet, the rest of the Chinese population won’t live an easy life

“The growing income gap is the biggest loophole in the Chinese system. The huge and still growing low-income class . . . suggests there’s a problem with China’s [political] power system,” said one commentator.

Another warned: “If these 600m people can’t make ends meet, the rest of the Chinese population won’t live an easy life.”

Official data show that the number of Chinese living in poverty fell to 5.5m last year from 99m in 2012. Industrialised provinces have achieved even greater success. Jiangsu, one of the nation’s richest provinces, reported just 17 people living in extreme poverty in January.

The vast improvement, however, has been met with scepticism because China’s definition of poverty is different from international standards. More than a dozen provinces define poverty as per capita income of less than Rmb3,500 ($500) a year. That compares with more than Rmb4,800 set by the World Bank.

“China has set such a high threshold for poverty that it ends up downplaying the problem,” said Wang Jun, an analyst at China Center for International Economic Exchange, a government think-tank.

Mr Li’s poverty threshold, according to analysts, has more practical implications because China’s rural to urban migration is still growing.

Li Jinlong, a professor at Hunan University and an expert in poverty relief, said the premier had understated the problem. The bulk of China’s 550m rural population and a significant proportion of urban residents, he said, were barely making ends meet.

“There is no way rural residents could get out of poverty when they cannot find a profitable industry to work in,” said Prof Li.

While many migrant workers report higher income after landing jobs in cities, the absence of a social safety net has taken a toll on their economic wellbeing.

Many rural workers have little access to urban benefits such as healthcare and education even after spending many years in the city because of China’s hukou system, or household registration.

Most cities are reluctant to issue hukou to rural workers, especially unskilled ones, because they add pressure to social services. That has forced many to return to the countryside where income prospects are poor.

A growing number of farmers have given up even attempting to climb up the income ladder.

Near the central city of Huangshi, Li Jianguo, a 43-year-old migrant worker turned farmer, said he was comfortable living off a 0.4 hectare of paddy field from which he makes a yearly profit of Rmb7,800.

“I have neither skills nor capital to boost my income,” said Mr Li. “I need to work with what I have.”