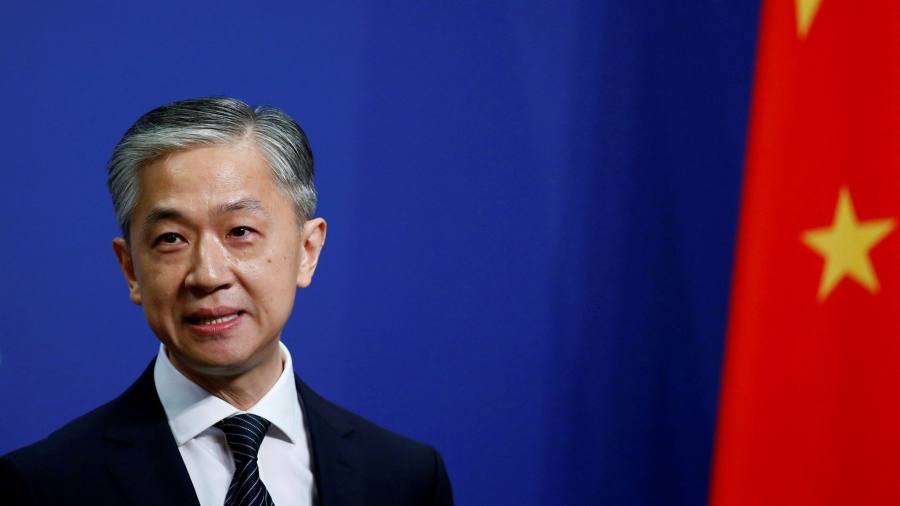 China says that it has been asked by the US to shut its consulate in Houston, ratcheting up tensions between the world’s superpowers.

Beijing “strongly condemned” the request on Wednesday, with the foreign ministry urging Washington to rethink its decision.

Neither Beijing nor Washington offered an explanation for the closure of the consulate.

“The US’s unilateral decision to close the Chinese consulate in Houston in a limited time is an unprecedented escalation taken by the US towards China,” said Wang Wenbin, a spokesperson for the foreign ministry.

Earlier on Wednesday, videos and local media reports from Houston showed what appeared to be consulate staff in the city burning documents.

Hong Kong’s Hang Seng index fell 2 per cent immediately following the news. China’s CSI 300 of Shanghai- and Shenzhen-listed shares surrendered most of its gains after earlier rallying as much as 2.1 per cent.

The dollar jumped 0.3 per cent against the onshore-traded renminbi, pushing the Chinese currency back through the important seven per greenback threshold. The renminbi had earlier on Wednesday traded at about a four-month high versus the dollar.

The worsening coronavirus outbreak in the US has added further stress to already tense relations between Washington and Beijing. “For a period of time, the US government has continuously stigmatised and blamed China,” said Mr Wang.

Relations between Beijing and Washington have fallen to their lowest ebb in generations, with the two sides quarrelling over Hong Kong, the trade war and alleged human rights abuses in Xinjiang.