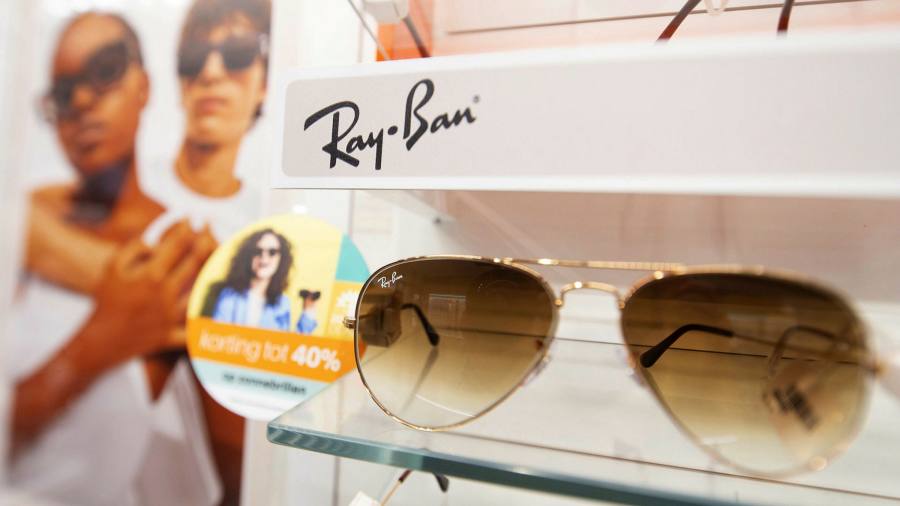 Brussels is demanding that Franco-Italian eyewear company EssilorLuxottica sell retail stores in Italy and another EU country — either France or Holland — to secure its planned €7.2bn acquisition of GrandVision.

But the maker of Ray-Ban and Oakley glasses has not yet committed to offloading shops as it argues that it might be too difficult to sell them at a time of particularly tough trading conditions because of the pandemic.

The group also warns that any opticians that are sold off could risk failure because of Covid-19. Last week UK pharmacist Boots said it would close 48 of its opticians stores and cut more than 4,000 jobs across the business.

The increasingly heated negotiations between the EU and EssilorLuxottica come ahead of a crucial deadline of August 20 when EU regulators must decide whether to clear the purchase of the Dutch group.

The EU is concerned that the proposed deal could undermine competition by reducing the number of rivals in the wholesale market for eyewear and lenses and the retail supply of optical products. People close to EssilorLuxottica say that guarantees of supply should not prove an obstacle.

Brussels has conducted a lengthy probe over worries that it could lead to reduced competition in the sector and higher prices for consumers.

“This transaction cannot be cleared without concessions,” said someone with direct knowledge of the EU’s thinking, adding that Brussels eventually expects the company to give so-called remedies to clinch the deal.

The proposed acquisition could still be approved without conditions or be blocked, according to people with direct knowledge of the matter.

EU regulators are not the only ones with concerns over the transaction. Small rivals, including groups representing opticians across the continent, have called for the deal to be blocked on the grounds that consumers will be worse off as a result of the merger.

Opticians in countries like the UK, France and Austria also share worries that they will receive less favourable terms than retailers owned by the new combined group.

The concessions being sought by Brussels could see EssilorLuxottica push to renegotiate the price of the deal, with people close to the group arguing that the EU’s current demands would lower its value and call into the question the agreement.

The original deal, signed one year ago, was for €28 per share, but GrandVision is now trading at about €25. Other deals, such as the planned $9bn acquisition of Bermuda reinsurer PartnerRe by France’s Covéa, have already collapsed because of the pandemic lowering valuations.

EssilorLuxottica agreed to buy rival GrandVision — snapping up a 76.2 per cent stake from Hal Holding — in the hope of adding more than 7,200 stores globally and more than 37,000 employees to the group.

The Franco-Italian eyewear company was itself created by a 2017 merger which drew intense regulatory scrutiny and has since found itself mired in a governance tussle between the two sides, which centred on the still pending appointment of a new chief executive for the group. So far this year its shares have fallen roughly 12 per cent.