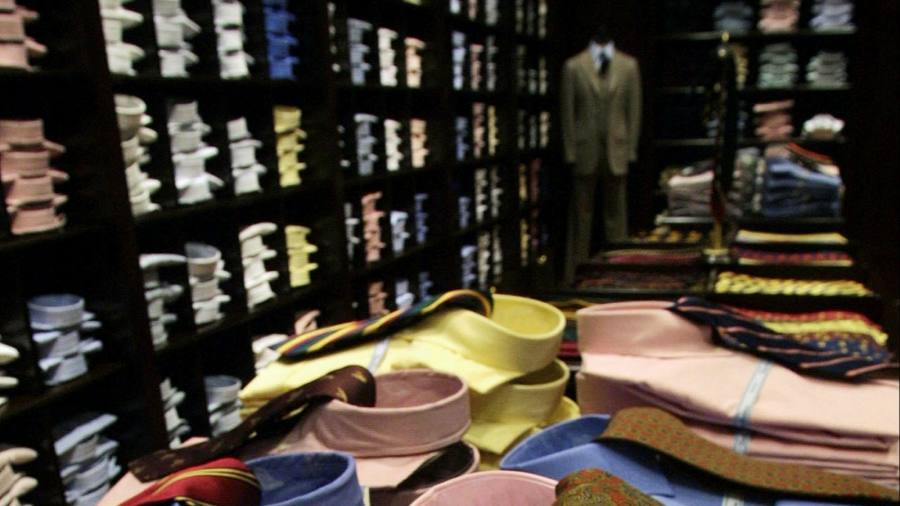 Brooks Brothers, the two-centuries-old purveyor of American business wear, is to file for bankruptcy protection in the US, becoming the latest venerable retailer pushed over the edge by the coronavirus pandemic.

The New York-based company, known for its upmarket attire once sported by everyone from Abraham Lincoln to John F Kennedy, said it would file for Chapter 11 protection in Delaware on Wednesday.

Brooks Brothers said it had secured $75m in financing to tide it through the bankruptcy as it intends to find a buyer and avoid liquidation.

The company was founded as a family business in 1818 by Henry Sands Brooks and is headquartered on Madison Avenue in Manhattan. It is now privately held by the Italian businessman Claudio Del Vecchio, whose father is the founder of the Luxottica eyewear group.

Mr Del Vecchio took over as chairman and chief executive of Brooks Brothers after buying the business from Marks and Spencer in 2001 for a fraction of what the UK retailer had paid for it.

The company, which has about 500 stores globally and employs 4,000 people, had already been conducting a strategic review over the past year as it sought to modernise its brand. A collapse in sales during the pandemic took a heavy toll and it had already decided to close about 50 stores.

“We are seeking this protection and selling the business to ensure Brooks Brothers can survive and thrive,” it said in a statement.