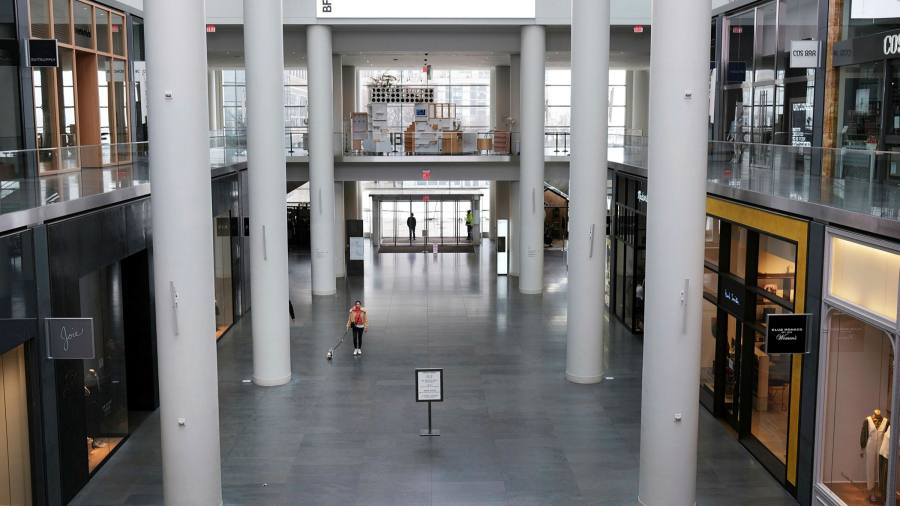 Brookfield is chasing small retailers to pay thousands of dollars in rent on outlets that were forced to close during the coronavirus pandemic, even as the Canadian investment group skips payments on its mortgages and asks lenders for forbearance.

Some shopkeepers who lease kiosks and small stores inside Brookfield malls have been told to pay rent for April and May, a period during which the properties were mostly closed, according to people familiar with the discussions and correspondence reviewed by the Financial Times.

Several tenants who asked for rent forgiveness described being asked to provide extensive financial information, including their personal tax returns for the past two years. The merchants, who requested anonymity for fear of antagonising a powerful landlord, said Brookfield ultimately refused to waive the payments, although it offered to give them until the end of 2021 to come up with the money.

Another group of half a dozen tenants signed a joint plea for help and presented it to managers at one of the Canadian group’s shopping centres. “I will not address the merits of your ‘petition’,” a Brookfield lawyer wrote back. He added that confidentiality clauses written into the shopkeepers’ leases meant that talking to each other about the contracts “could be deemed a default of your agreement with Brookfield”.

Three-quarters of Brookfield’s tenants have requested changes to their lease agreement, and the group said it had “actively engaged with all [of them] . . . prioritiz[ing] small businesses given their scale and immediate cash flow requirements”.

“We are now focused on national tenants,” Brookfield added, stating that it hoped to complete the discussions by September. “We have also been in active dialogue with our lenders given the subsequent impact this situation has had on our cash flow.”

Brookfield has requested forbearance from lenders who are owed payments on a dozen of its malls, according to reports circulated to credit market participants who have bought the debt.

In other cases, Brookfield malls have been unable to repay mortgages that came due, according to the reports. At malls where loans are falling due this year, “we have been in front of all of our lenders and just requested 12-month extensions,” Brookfield Properties’ chief financial officer Bryan Davis told investors last month.

As of last week, creditors of four of the malls had not decided whether to grant the requests, the reports state.

Brookfield’s high-stakes discussions with its tenants and lenders highlight how the forced shutdown of much of the economy has caught mall operators in a bind.

Real estate executives say they are sympathetic to the plight of retailers, many of which were struggling even before government mandates closed their stores.

At the same time, mall operators are dependent on rent instalments to meet the payments due on their loans.

Among the major retailers that have acknowledged seeking rental relief from landlords are Bed Bath & Beyond, Levi Strauss and Urban Outfitters. Several chains are asking mall operators to waive rent for periods when their properties were closed.