Brookfield has renegotiated a $6.4bn credit facility, offering sweeping concessions to banks that have lent money to its property arm after the coronavirus prompted many retailers to stop paying rent.

The revised terms impose restrictions on the dividends that can be paid by Brookfield Property Reit, which is one of America’s biggest operators of shopping centres and has suffered heavy economic damage from the pandemic.

Creditors led by Wells Fargo are requiring other parts of Brookfield to commit to lend at least $250m to the pandemic-hit real estate investment trust, in exchange for waiving contractual clauses that would have allowed them to demand their money back immediately if certain financial conditions, or “covenants”, were not met.

The legal manoeuvring, disclosed in a regulatory filing on Wednesday, underscores how mass defaults on property leases and other commitments are radiating through markets, transmitting losses to lenders, bondholders and holders of other financial assets.

Shares in Brookfield Property Reit, which trades under the ticker BPYU, have fallen one-third since the beginning of the year, reflecting investors’ uncertainty about whether — and how quickly — landlords can recover from a pandemic-induced crisis in the retail industry.

While many stores have opened since then, customers have been slow to return, exacerbating the long-term shift towards ecommerce and prompting some tenants to take an assertive stance, hoping to avoid the fate of dozens of retailers that have filed for bankruptcy this year.

Among those who have sought to extricate themselves from leases is Gap, a national chain that Brookfield sued last month over unpaid rent. 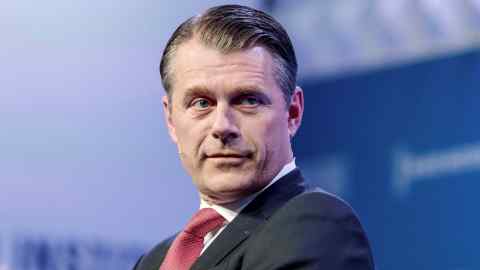 Gap countered that coronavirus-related public health rules had “frustrated the express purpose of [the] leases and made their principal object illegal”. This month the apparel retailer filed a lawsuit of its own, asking a court in Illinois to declare the contracts void.

Brookfield’s renegotiated credit agreement limits how much cash its property Reit can use for dividends and certain other types of payments, which are generally not allowed to exceed the amount it earns from operating income and gains on asset sales.

However, there are exceptions. The Reit is allowed to pay larger dividends if they are necessary to retain its privileged tax status, or if another part of Brookfield provides cash to fund the distributions, according to a person familiar with the company’s discussions with creditors.

BPYU shares have clawed back some lost ground this month after the company offered to buy $890m of shares at a 17.6 per cent premium to the previous day’s close; the shares changed hands for $11.81 on Wednesday, about 1.6 per cent below the tender price.