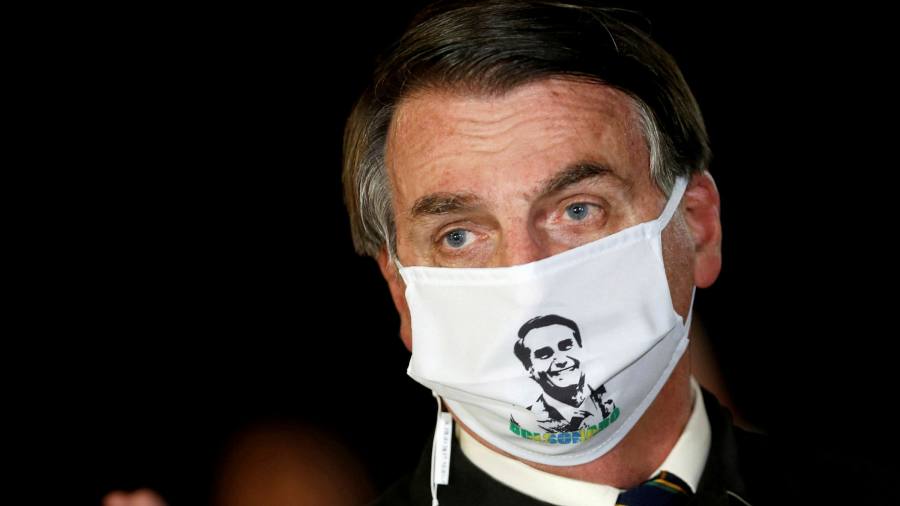 Brazilian President Jair Bolsonaro has tested positive for coronavirus, days after he celebrated the July 4 weekend with the US ambassador and a host of his top ministers in Brasília.

The 65-year-old said on Monday he came down with symptoms of the Covid-19 disease, including a high temperature, but said that he was in good spirits.

“It worsened on Monday, with malaise, tiredness, muscle pain and a fever of 38 degrees. If I hadn’t done the tests and hadn’t been taking chloroquine, I could be contaminating people. Now I have to avoid infecting others,” Mr Bolsonaro said on Tuesday after his diagnosis.

Mr Bolsonaro has long denied the seriousness of the pandemic and has attended numerous rallies and events often without any precautions, such as wearing a mask. He has described the disease as a mere “sniffle” and once said: “The virus is there. We need to face it like a man”.

On Saturday, the Brazilian leader, an ally of Donald Trump, was photographed celebrating the US national holiday alongside his foreign minister, his chief of staff and the US ambassador to Brazil, raising the prospect that a number of key members of his cabinet could also have the disease.

In March, several close aides to the Brazilian leader were diagnosed with Covid-19 soon after a summit between Mr Bolsonaro and Mr Trump in the US president’s Mar-a-Lago resort in Florida.

The diagnoses sparked a frenzy of speculation that Mr Bolsonaro had been exposed to the disease. A court eventually ordered him to publish test results, which showed he was not ill.

Mr Bolsonaro’s broader health has been ongoing source of concern after he was stabbed while campaigning for the presidency in 2018. That attack forced the Brazilian leader to undergo multiple surgeries.

Brazil is currently in the midst of one of the world’s largest coronavirus crises, with more than 65,000 deaths from the disease.

Despite the escalating situation, however, city and state officials across the nation have begun to reopen their economies with limitations on working hours and crowd density. In São Paulo — Brazil’s largest city, which was hit hard at the beginning of the outbreak — bars and restaurants on Monday opened for the first time in four months.

Throughout the crisis, Mr Bolsonaro opposed shutdowns and sparred constantly with state governors over how to handle the pandemic.

“Life goes on. Brazil has to produce, the economy has to move,” he said.