The French bank said net income fell 6.8 per cent in the three months to June compared with the same period last year to €2.3bn, above analysts’ expectations of €1.5bn. Revenues increased 4 per cent to €11.7bn, again beating estimates of €10.8bn.

“Our diversified banking model has proven its effectiveness in supporting clients and the economy in front of an unprecedented health crisis,” Jean-Laurent Bonnafé, chief executive, said on Friday.

BNP’s share price has fallen 35 per cent so far this year, as the banking sector struggled in the face of the pandemic, low rates from central banks and regulators telling them to pause dividends and buybacks.

The bank said coronavirus had hit transaction flows and hobbled demand for new loans but that a “low point was observed in April and May 2020” before a rebound in June which was “stronger than expected”.

The group said it expected a full recovery by the middle of 2022. However it increased its cost of risk, which reflects provisions for potential defaults, to €1.4bn, an increase of €800m over the same period last year.

Revenues at BNP’s investment bank, which is trying to take advantage of the pandemic and expand its market share, jumped 33.3 per cent “thanks to extremely sustained activity in all client segments”.

The bank raised more than €160bn for clients in the second quarter, up 91 per cent compared with last year, as part of its push to become the dominant force in European investment banking. 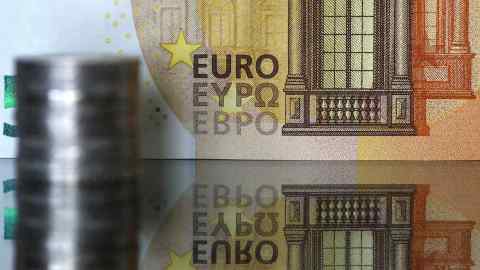 Revenues from fixed income, currency and commodity trading soared more than 150 per cent compared with the same period in 2019, with the bank reporting “an exceptional level of activity on the bond markets”. Equity trading “gradually recovered” and “moved gradually back to normal in derivatives in a still-challenging market” but revenues were still down 52.8 per cent like for like.

However, the bank’s equity trading performance, a traditional strength for French lenders, remained poor even after a difficult first quarter when the cancellation of dividends pushed the equities trading and hedge fund servicing division to an €87m loss.

BNP’s common equity tier 1 ratio — a key indicator of balance sheet strength — stood at 12.4 per cent at the end of the quarter, up 40 basis points.

The bank also said on Friday that it had created 400 new positions in Europe due to the impact of Brexit, since “selling financial services from the UK to EU clients will not be allowed”.

“In the UK, the front office roles (mainly sales positions) and their associated set-up positions are impacted by these measures,” BNP said.