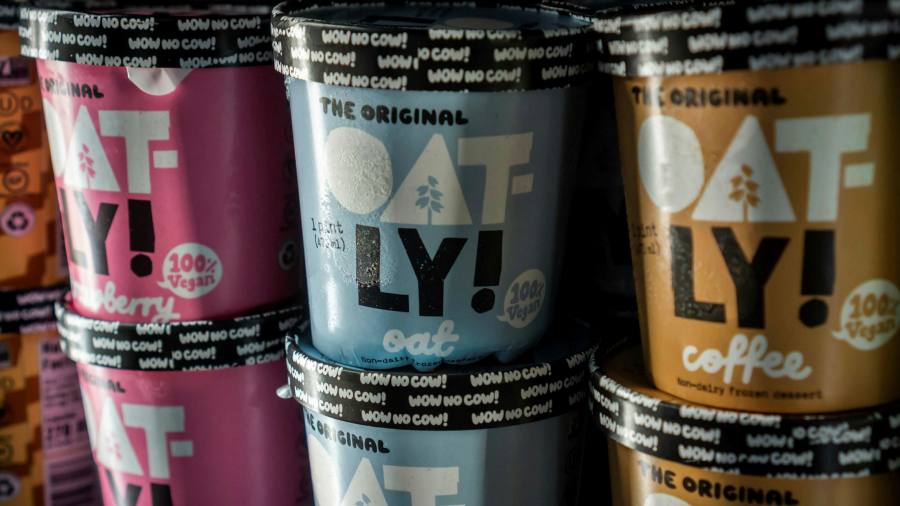 The Swedish oat milk maker Oatly has been valued at about $2bn in a funding round led by the world’s largest private equity firm Blackstone that also drew in Oprah Winfrey and the entertainment agency founded by rapper Jay-Z.

Malmo-based Oatly sold a roughly 10 per cent stake for $200m, funds it will use to expand production capacity as it taps growing demand for plant-based food and drink, and moves towards a potential initial public offering or sale.

Oatly, founded in the 1990s, has grown quickly in recent years as many consumers have switched from dairy and meat products to plant-based alternatives that are seen as healthier and are produced with lower greenhouse gas emissions.

Demand had been driven by millennials and younger so-called generation Z consumers, said Toni Petersson, chief executive. “When we look at the demography five years from now, we think this is the very beginning of the curve,” he added.

The funding round was led by Blackstone Growth, which takes minority and majority stakes in private companies traditionally too small for private equity. The division is run by Jon Korngold, formerly of the private equity firm General Atlantic. Last year, it invested in the dating app Bumble.

“There’s a renewed focus globally on healthy, clean living,” Mr Korngold said. “These are not fads; these are one-way trends which change the way consumers are voting with their wallets.”

Oat milk had a “froth similar to cow’s milk”, unlike some other dairy alternatives, he said, making it a popular choice for coffee shops. It launched a new partnership with Starbucks this year.

While Blackstone’s funds account for the largest chunk of the $200m investment, Mr Korngold said the firm had brought together investors who would be “ambassadors” for the company. Ms Portman is known for championing sustainability and Ms Winfrey had a “wonderful global following and brand”, he said.

The crisis caused by the coronavirus pandemic had made traditional full buyouts by private equity “difficult to pull off” because buyers’ and sellers’ expectations tended to be far apart, Mr Korngold said, but it had also made more entrepreneurs keen to sell minority stakes.

Many founders wanted a “supertanker like Blackstone that can help them navigate these choppy waters”, he said.

The deal would enable Oatly to access services such as logistics and procurement from other Blackstone companies, Mr Korngold added.

Oatly sold about $200m of products, which include alternatives to milk, yoghurt, cream cheese and spreads, in 2019, roughly double the previous year, and expects to double sales again this year, according to a person familiar with the situation. However, as the company focuses on growth, it remains lossmaking.

Mr Petersson said the main challenge for the company was keeping up with demand.

Oatly competes not just with conventional dairy but with other forms of plant-based milk, such as almond, which dominates the $2.4bn US plant-based milk market, according to Mintel. Oat milk is gaining ground fast, however, roughly doubling US sales year on year to about £12m in April, according to Nielsen.

Mr Korngold said a series of patents held by Oatly would help it stay ahead as competition grows. The French multinational Danone, the world’s largest manufacturer of fresh dairy products, has been expanding its plant-based operation and launched several oat products last year.