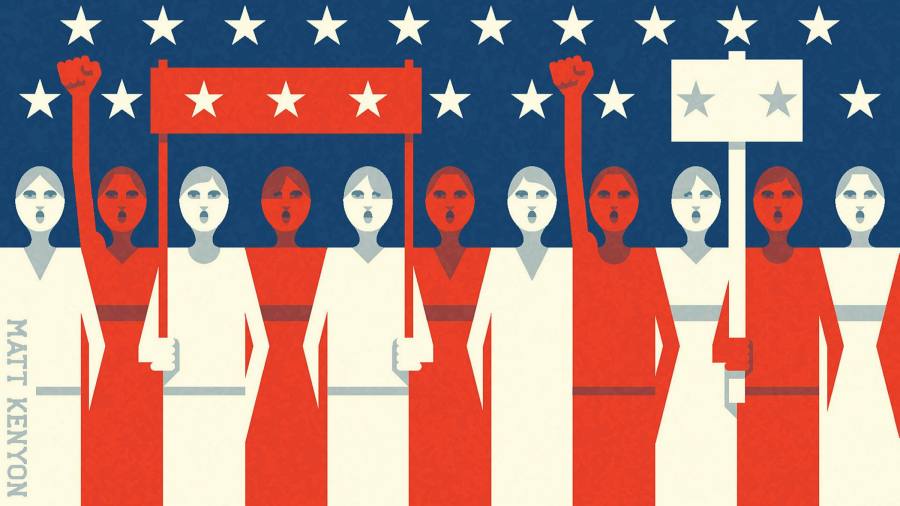 The death of George Floyd and the Black Lives Matter marches that have followed have made headlines the world over. But the longer-term political impact from these events could be more wide-ranging than anticipated — these protests over racial justice also have the potential to seed a new labour movement in the US.

Race and class are inexorably linked in the US. Hundreds of years of oppression of African Americans have led to higher levels of poverty and unemployment, as well as poorer educational outcomes. The net worth of an average white family was nearly 10 times that of a black household in 2016, according to a Brookings Institution study. This is partly because black families do not benefit from inherited wealth nearly as much as white families do.

Nearly one in five black families have debts that exceed their assets, but to the extent that they are able to accumulate wealth, it is being held in housing rather than stocks — 60 per cent of white families own equities as compared to 30 per cent of African American households. That means black families have not benefited as much from recent US Federal Reserve emergency actions that have buoyed the stock markets.

Since the Covid-19 shutdown, minority workers have fared less well than white workers by almost every metric — from the shutting of businesses owned by black people in higher numbers, to food, poverty and healthcare emergencies. The only reason pandemic-related mass unemployment has not created a larger gap between black Americans (who had a 16.8 per cent unemployment rate as of May) and white ones (at 12.4 per cent) is that minorities are over-represented in essential work such as healthcare and public transport.

The economic divide is about as stark as it was the last time the country saw this kind of social unrest, in the 1960s during the civil-rights movement. But while the marchers then were mainly black, and the organisers were civil-rights leaders from African-American communities, today’s Black Lives Matter protests are much more diverse. They are happening in some overwhelmingly white communities — places like Boise, Idaho and Colorado — as well as in multicultural cities such as New York.

The current protests have focused on some race-specific issues, such as police violence against African Americans, but there are also much broader calls for economic justice involving fair wages, safer conditions for workers, inequality and student debt. William Spriggs, chief economist for the AFL-CIO, the nation’s largest union federation, says one of the reasons that the black community in particular is pushing for free college tuition is that poor black Americans are much more likely to try to complete a college degree than poor white Americans — it’s one of the few ways to narrow the class and race divide. Both before and after Covid-19, the unemployment rate for white high-school dropouts has been roughly the same as for the black community as a whole.

“Black Lives Matter is bringing up things that are of specific importance to the black community,” says Mr Spriggs, “but they are resonating with an entire generation of younger Americans that feels pressed by things like college expenses.”

Some of the economic goals of the Black Lives Matter movement (such as reparations for slavery) are specific to the African-American community. But others — including increased spending on education and social safety nets — reflect the fact that black communities have been struggling for decades with economic insecurity that has, over the past 20 years or so, come to impact an ever broader group.

That overlap may widen in the post-Covid-19 era. An OECD study released in June shows that in the US, as in most developed economies, low-paid workers and the young will be hardest hit from pandemic-related unemployment. A National Bureau of Economic Research working paper predicts that 42 per cent of US jobs lost in the coronavirus crisis will not be coming back.

As economist David Rosenberg wrote last week, we should not expect a V, or even a U or an L shaped recovery, but rather an F for “frugality”. There will be more saving, and long-term shifts in spending from both consumers and companies. “There is no renewed hiring cycle that brings the unemployment rate back down without demand,” notes Mr Rosenberg. As the US Federal Reserve recently indicated, it is unlikely we will see much of that anytime soon.

That raises the chances for a Democratic sweep of the White House and Congress in elections in November, which polls and investors have judged to be more likely in recent weeks thanks to President Donald Trump’s mishandling of the pandemic and the protests.

If that happens, the Black Lives Matter protests might herald a new era, not only for racial justice, but also for economic inclusiveness. The US Senate might agree to ban “right to work” laws, which make it more difficult for workers to unionise. There could also be a higher national minimum wage and corporate taxes. All of it would help address both the problems of race and class — and the persistent connections between the two.