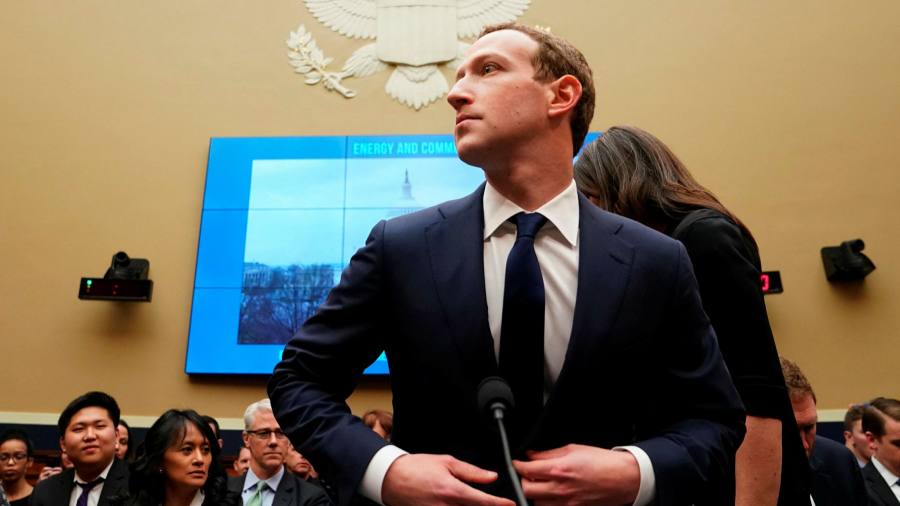 Strength in numbers — or guilt by association?

When Jeff Bezos, Tim Cook, Sundar Pichai and Mark Zuckerberg appear together to answer questions from US lawmakers in the coming weeks, it could be a watershed moment for Big Tech.

Their appearance before a House committee looking into whether Amazon, Apple, Alphabet and Facebook unfairly freeze out competition will mark the first time Congress has tried to hold Big Tech’s leaders jointly to account. The corporate power on display — not to mention the combined wealth of a quarter of a trillion dollars — will be unlike anything lawmakers have faced before.

The group hearing before the House judiciary committee, which the CEOs agreed to this week, means that they will escape the sort of grilling they could have expected had they appeared individually. There won’t be time for lawmakers to drill too deeply into the complexities of the companies’ very different markets and business models.

But the spectacle of a joint hearing could more than make up for that by emphasising their combined economic power. It also offers the chance to emphasise questionable business tactics they have in common — such as the use of their dominant platforms to freeze out competitors and favour in-house services, whether by directing search queries (Google), promoting favoured products (Amazon) or integrating in-house services more closely with their hardware (Apple). If Big Tech’s critics were looking for the symbolic moment when the industry could be held to account, this could be it.

Inevitably, the hearing will be dismissed as political theatre — though that will not lessen the anticipation. Theatrics count in the realm of antitrust, where investigations are often carried forward on the strength of political momentum and public opinion, even if any sanctions ultimately have to stand the test of court oversight. For politicians trying to drive home the need for action, there may be no better opportunity.

Congressional hearings that take the top leadership of entire industries to task have an honourable tradition. It is one that should make the tech bosses wary. Lining up a group of CEOs and getting them to raise their right hands in unison to be sworn in — then sitting them shoulder to shoulder at a desk — has obvious courtroom symbolism. It isn’t just the imagery that matters: the process is also psychologically significant, throwing a group of wealthy corporate bosses, accustomed in the safety of their executive suites to feeling invulnerable, on to the defensive.

When the men in suits who controlled Big Tobacco were arrayed together on Capitol Hill in 1994, it became a turning point in forcing their industry to pay out billions of dollars in damages. Big Auto got a grilling in 2008, when the heads of the largest US carmakers came cap in hand to Congress in the depths of the financial crisis to ask for a bailout (it didn’t help that all three turned up in their corporate jets).

It will be harder for the lawmakers to land a similar blow on Big Tech. The pandemic is likely to rob the occasion of some of its dramatic potential. Rather than sitting alongside each other, facing a circle of inquisitors on an elevated platform, the four are more likely to be seen side by side in video windows on a Zoom screen. But, properly stage-managed, there should still be plenty of opportunity to make an impact.

By marshalling the meeting of the four CEOs, David Cicilline, the House judiciary committee chairman, has shown a keen awareness of the power of the moment. The canny Democratic congressman from Rhode Island has methodically worked through the detailed complaints of Big Tech’s critics, and called witnesses from the tech companies, in a series of hearings over the past year. He now has a chance to draw out the highlights, and to underline how much is at stake.

There are obvious pitfalls. One to avoid will be the spectacle presented by Mr Zuckerberg’s appearance before both branches of Congress after the Cambridge Analytica scandal came to light. The anger among politicians was palpable and the Facebook chief executive was widely criticised for being evasive. But he still managed to neutralise the political attacks, largely because of the uncoordinated and unfocused nature of the hearings.

Devising a format where the important issues can be aired at a high enough level, while at the same time leaving time to dig into the most egregious behaviour of the dominant tech companies, will be difficult. But if properly managed, it could prove an uncomfortable moment for leaders of some of the world’s most powerful companies.