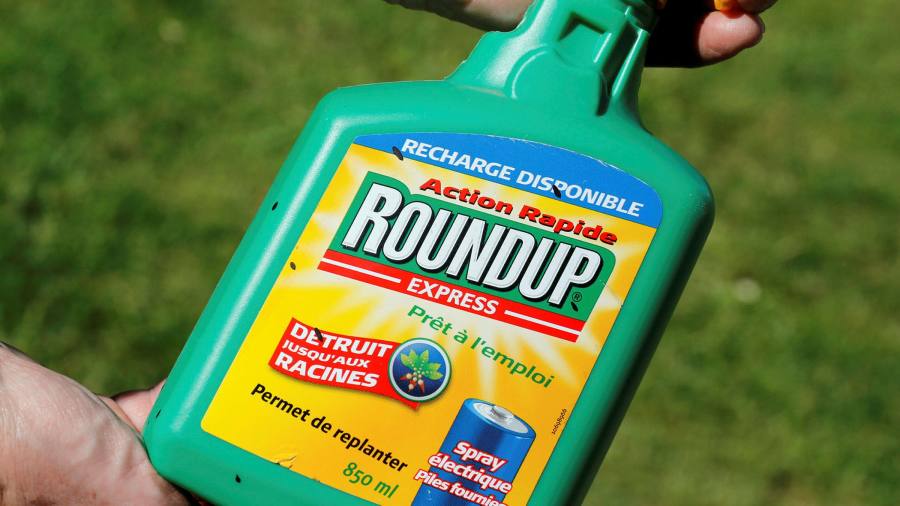 Bayer will pay up to $10.9bn to settle a wave of lawsuits over the potential carcinogenic effects of its herbicide product Roundup, relating to its takeover of US agrichemical company Monsanto.

The German giant had been facing approximately 125,000 claims in the US, after early cases in California were found in favour of the claimants.

As part of the settlement, Bayer will pay up to $9.6bn to resolve about three-quarters of the outstanding Roundup cases, and set aside a further $1.25bn to deal with any future fallout, the company said.

Of that, up to $5bn will be paid out this year, with a further $5bn paid out in 2021, financed largely from the company’s existing free cash flow, and the proceeds of the sale of its Animal Health business, agreed last year.

However three cases that have already gone to trial will not be covered by the settlement, Bayer said.

The deal, which still has to be approved by a US court, will “bring a long period of uncertainty to an end”, said chief executive Werner Baumann.

“It is financially reasonable when viewed against the significant financial risks of continued, multiyear litigation and the related impacts to our reputation and to our business,” he added.

Kenneth R Feinberg, the US court-appointed mediator for the settlement talks, said the agreements were “designed as a constructive and reasonable resolution to a unique litigation”, while attorney John Beisner, a consultant to Bayer’s supervisory board, said he was “convinced this plan provides a comprehensive, reasonable solution to the complex, contested issues presented by this litigation”.

Bayer acquired the US crops group Monsanto for $63bn in 2018 — a deal that catapulted the German group into the market leader position but also saddled it with the legal fallout from Roundup, originally a Monsanto product.

The Leverkusen-based company has been locked in a fierce and costly legal battle over the glyphosate-based product since August 2018, when a California court issued the first ruling linking it to cancer, awarding claimants substantial compensation.

Bayer will also pay a total of approximately $820m to settle cases related to water pollution from the use of a now-banned toxic chemical compound known as PCBs, and $400m to settle allegations that its dicamba-based herbicide caused damage to crops.

The company continues to deny any wrongdoing. Its shares rose more than 1 per cent in after-hours trading following the announcement of the settlement.