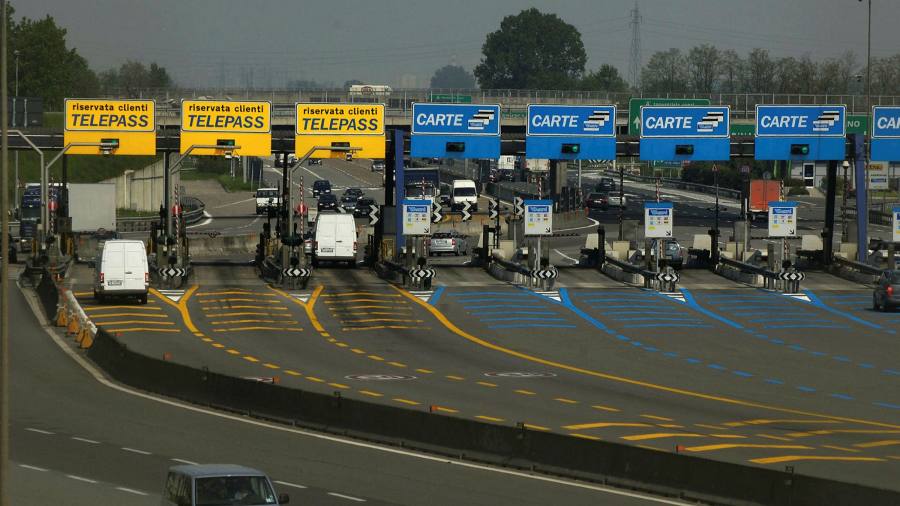 Atlantia, the Italian infrastructure company controlled by the billionaire Benetton family, is in talks to sell a stake in Autostrade per l’Italia, the toll road arm that has come under fire following the collapse of the Genoa bridge two years ago.

The Five Star Movement, Italy’s senior coalition partner, has made revoking Autostrade’s toll-road concessions a priority in the wake of the August 2018 disaster in which 43 people were killed.

However, stripping Autostrade of the concessions 18 years before its contract expires could lead to complicated legal proceedings and a lengthy international public tender to find a new operator, legal experts and junior coalition partners said.

Atlantia said talks were at a very early stage and that it had launched a “data room” to share information on Autostrade.

The company will only be able to start a negotiation phase once the Italian government has clarified its position, as this will determine the asset’s price.

“Atlantia is interested in a long-term minority partner for Autostrade,” a company spokesperson said.

“No one would ever buy a stake of Autostrade in the current conditions,” the person added, unless they did so for reasons that do not make sense from an investment standpoint.

The transport minister and finance minister, both from the centre-left Democratic Party, are pushing for a compromise where Autostrade maintains the concessions while also discounting toll fees by 5 per cent and selling a stake to CDP and F2i, according to two people involved in the talks.

Edizione, the Benetton family holding company that owns 30 per cent of Atlantia, could also sell part of its stake, further diminishing the family’s role within Autostrade.

“This solution would give the Five Star the Benetton family scalp while also avoiding very risky legal consequences for the state,” said one of the people.

Edizione said it was “not against being diluted if credible partners step in” with proposals that work in the interest of all the companies and the stakeholders involved, including the shareholders.

Autostrade and Atlantia have recently been downgraded below investment level, making access to credit increasingly complicated. Autostrade said its revenue would be down at least €1bn in 2020 because of an 80 per cent drop in road traffic due to the coronavirus lockdown, while its debt has risen to €9bn.

Several people with knowledge of the Benetton family’s thinking said it has no intention of being forced by the government to sell stakes and it would not do so if it did not make financial sense.

Autostrade is also awaiting the government’s green light for a €1.25bn state-backed credit line. According to several people briefed on the matter, while UniCredit and a pool of other banks have approved the request pending the state guarantee, public authorities’ clearance is dependent on the government’s decision on the future of the concessions contract.