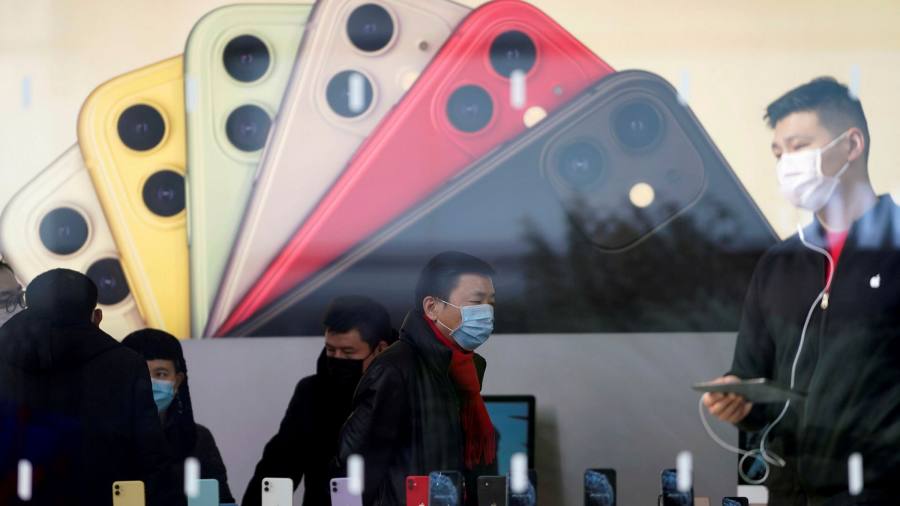 Apple has frozen updates for tens of thousands of mobile games on its App Store in China, as it faces increasing government pressure to comply with local regulations.

China is Apple’s biggest App Store market, with sales of $16.4bn a year, according to Sensor Tower data, ahead of the US with $15.4bn. The bulk of the revenues comes from gaming.

Until now, Apple has allowed Chinese games to be downloaded from the App Store while their developers wait for an official licence from Chinese regulators.

But in February, the US company warned game developers they would need to show proof their game had a licence by June 30. On Wednesday, Apple said developers would not be able to update their games without a licence.

Some app developers have stopped serving China users in anticipation of Apple’s rule change. Gaming group Electronic Arts posted an in-game notice telling users of Star Wars: Galaxy of Heroes it expected its app to be taken down, and that it would stop providing in-app purchases in the meantime.

Analysts and lawyers in Beijing suggested that the Chinese government had decided to step up enforcement on Apple, the largest US company operating in China, after broader tensions between Washington and Beijing.

While officials have turned a blind eye to Apple’s App Store until now, domestic app stores such as those run by the mobile phone companies Huawei and Xiaomi have been more active in removing unlicensed games.

“No one is entirely clear how Apple managed to avoid enforcing the 2016 licensing rule for so long. But considering the US-China trade war began heating up earlier this year, the timing is suspicious,” said Todd Kuhns, marketing manager for the consultancy group AppinChina, which estimated that the move could cost Apple up to $879m in lost sales.

Apple currently hosts roughly 60,000 games in China that are paid for or have in-app purchases, according to AppinChina, but China’s regulators have only issued just over 43,000 licences since 2010. Only 1,570 were granted in 2019.

Apple’s problems in China are “related to the broader climate: US-China relations, decoupling, and developing the domestic smartphone industry”, said Liu Wei, a lawyer at Beijing’s Dare & Sure law firm.

“Apple is taking relatively high risks in China, because they are providing internet ‘value-added’ [content] services, while other foreign companies have left that sector,” he added.

Mr Lin’s firm had previously filed an antitrust case against Apple on behalf of a group of Chinese app developers, which is being reviewed by regulators.

In recent years, Apple has been criticised for complying with Chinese censorship by taking down virtual private network apps to skirt internet controls and most recently a number of podcasting apps that the government said could be used to listen to illegal content.

China strictly regulates content based on considerations ranging from political taboos to cartoon characters that have “inappropriate hair colours”. The App Store itself continues to operate without an Internet Content Provider licence, which would usually be necessary in China but is also very difficult to secure.

Charles Chai, vice-head of research at Shanghai-based equity research firm 86Research, estimated that the restrictions on games will only cost Apple about Rmb2.4bn ($340m) in lost sales, since most of the largest games on the App Store are licensed.

One of the top-earning unlicensed games is Netmarble’s Stone Age M, which earned $2m in global App Store revenues in May, Sensor Tower.

Zhu Qinan, an analyst at Zhongtai Securities, agreed that it would be small game developers “rather than Apple” who were hurt most by the move. “Our sampling shows that among the 200 top grossing games in China’s app store, about 10 per cent are unlicensed. The top 200 games contribute to over 80 per cent of the App Store game revenue,” said Mr Zhu.