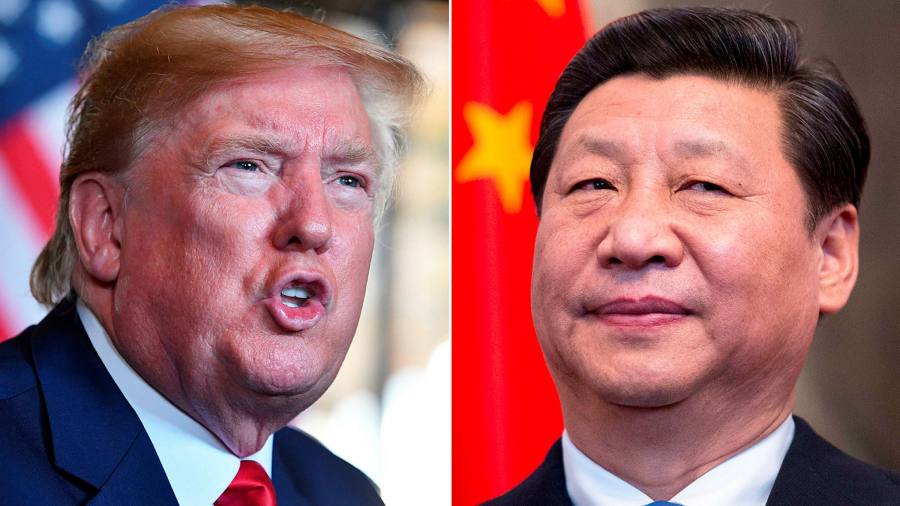 Ferocious partisanship has its uses. If nothing else, a divided nation can console itself that no government idea goes unexamined and unopposed. Scrutiny can be all the more exacting for being born of tribal malice rather than Socratic truth-seeking. The US is riven — it has managed to politicise the workaday face-mask — but it avoids the equal and opposite danger of unreflective consensus.

Except, that is, on the most momentous policy of the century. To be in Washington is to sense a nation sliding into open-ended conflict against China with eerily little debate. Politicians who can be counted on to dispute the colour of the sky or the sum of two plus two are of a piece on the necessity of a superpower duel. In the Rambo trailers that pass for his campaign ads, Joe Biden only faults President Donald Trump’s China line for its softness.

Nor is the Democratic candidate for the White House a rare belligerent in his party. Chuck Schumer, who leads it in the Senate, has urged the president to “hang tough” on tariffs for “strength is the only way to win with China”. He was not pressed to say what in the historic record justifies this coffee-mug banality, or against which nation he would ever counsel weakness. No, that would require debate. Neither in Washington nor in the corporate sector is there much to be found, at least on the record. Academics have been more forthcoming with their qualms, but not in great number or to great effect.

The result is that un-American thing, consensus, and it concerns not just the future but increasingly the past. Everyone now “knows” that pre-Trump Washington was a place of Whiggish credulity, forever betting on material enrichment to make of China a vast Japan or South Korea: a democracy, a friend. In this account, its admittance to the World Trade Organization was the inadvertent crowning of a rival by American enablers.

Leave aside the slander against presidents from George HW Bush (who defied Beijing to arm Taiwan) to Barack Obama (who put tariffs on Chinese tyres). Leave aside the idea that America’s only options are liberal naïvéte and a second cold war. As in the 1940s, when the US was said to have “lost” China to communism, the premise here is that Earth’s most populous country, and oldest living civilisation, rises and falls in response to US policy. That it has agency of its own, that its post-1978 reforms were going to restore its stature anyway is, in Washington, a more exotic suggestion than it should be.

None of this is a plea for (how easily the Soviet-era patter returns) detente. It might be that a US-China struggle is not just defensible, but ordained. We know the international-relations theory by now. A surging power, an established one; a one-party state, a democracy: the raw materials for conflict are there. But it is possible to believe all this and still feel unnerved by the lack of public deliberation and prominent dissenters. Even at the dawn of the cold war, there was Senator Robert Taft to argue against Nato. There was diplomat George Kennan, the 20th century’s most unwittingly important man, who viewed “containment” as a bellicose misreading of his advice. And these minority reports were filed in a much more deferential America than today’s.

The absence of such voices now is disconcerting. For it means that policy is not being refined and stress-tested through argument. It is no longer clear, for instance, if US grievances stop at China’s trade practices or reach into its domestic treatment of its own people. Mikes Pence and Pompeo, the vice-president and secretary of state, flag the second more often than Mr Trump does. Democrats mention it more than Republicans. This mission creep, if it is afoot, rather matters. An economic rivalry would be fraught enough. One that pits governing philosophies against each other is much harder to finesse.

Another implication of the consensus is that dissent is becoming a political no-no. There is a dark past to contend with here. It is forgotten that McCarthyism’s breakthrough had little to do with Russia. It was that alleged loss of China. American diplomats were hounded by their own lawmakers (the right mastered cancel culture first). When President Harry Truman cashiered general Douglas MacArthur, who itched to strike China, not everyone sided with civilian over military power.

Washington now is nowhere near that level of frenzy. Even by the standards of an election year, though, the reluctance to say anything construable as “soft” is impossible to miss. America’s ultimate advantage is the raucousness of its public discourse. On the China question, it is troublingly civilised.