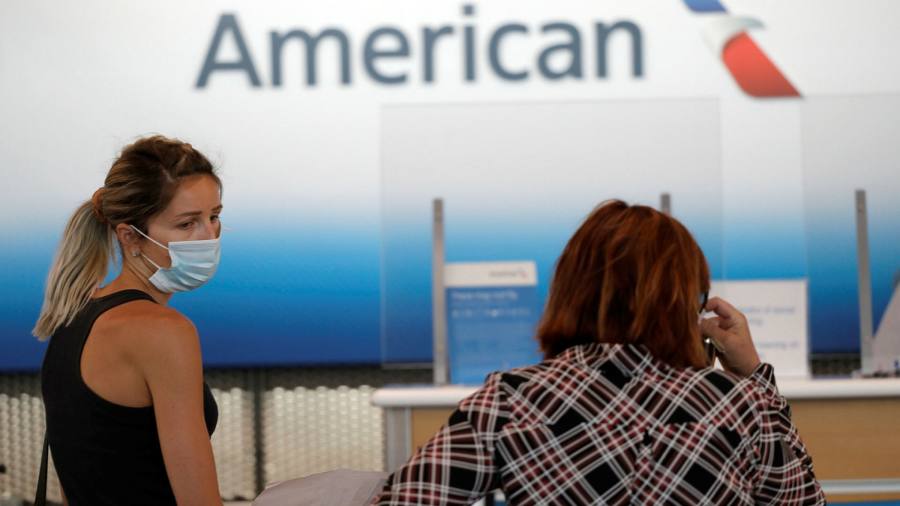 American Airlines is seeking to raise $3.5bn in new financing, including the sale of stock worth more than $750m, to deal with the impact of coronavirus lockdowns.

American is the most heavily indebted among the major US airlines, partly because of aggressive share buybacks in recent years. It had $34bn in debt at the end of the first quarter. Investors have driven up the price of credit default swaps for the company, an indication they see a risk of default.

The airline said on Sunday that it plans to sell $750m in stock, while granting $112.5m worth of additional shares to the underwriters. At Friday’s closing price of $16, that equals 53,906,250 shares.

The airline is also issuing $750m in convertible senior notes, a debt security that can be changed into equity.

The last salvo in the financing barrage includes a $500m term loan and $1.5bn private bond offering. American said it expects to use a portion of the bond proceeds to refinance a $1bn delayed draw term loan it secured on March 18, and that the remaining $500m constitutes new money.

American said the new funds would be used “for general corporate purposes and to enhance the company’s liquidity position”.

Airlines worldwide are grappling with fallout of the pandemic, which cratered revenues earlier this year as travellers stayed home. Although there has been a modest rebound in US air travel, carriers continue to operate dramatically pared back schedules. Airline executives and analysts do not expect passenger levels to return to 2019 levels for three years.

“American shares were a noteworthy laggard even prior to Covid-19,” wrote JPMorgan Chase analysts Jamie Baker and Mark Streeter.

“American’s revenue story has been third best, and its ancillary efforts have lagged those of peers. We do not believe the company’s balance sheet strategy has been prudent, especially given the current turbulent environment, and we see better value elsewhere,” they said.

The company already plans to pledge its frequent flyer programme as collateral for a $4.75bn loan from the US government.