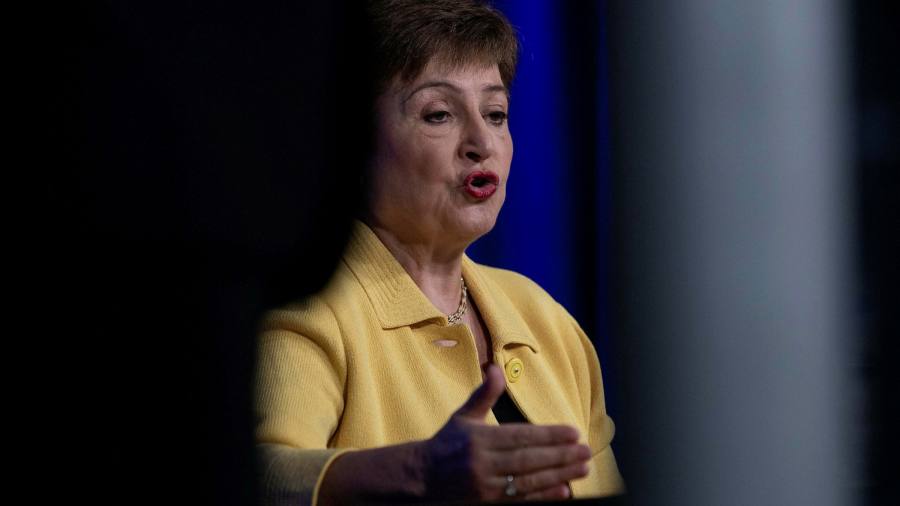 Africa will need more financial help to avoid “long-lasting, terrible consequences” from the coronavirus pandemic, Kristalina Georgieva, managing director of the IMF, said as the fund predicted a region-wide contraction of 3.2 per cent this year, far worse than it had forecast just 10 weeks ago.

“This is the heaviest hit on Africa at least since the 1970s,” Ms Georgieva said in an interview. Without tens of billions of dollars in additional support, she warned, “there can be very significant scarring that will have long-lasting, terrible consequences”.

Africa had been a “continent on the move”, she said, referring to several of the region’s economies — such as Ghana, Ethiopia, Ivory Coast, Rwanda and Senegal — that had been among the world’s fastest-growing in recent years. “This momentum is now dramatically interrupted.”

“When we look at the devastation this crisis is causing everywhere, we have to recognise that it is particularly hard on Africa,” Ms Georgieva said.

Many African governments have been credited with acting swiftly to stem the spread of the virus, which has so far infected a relatively low 400,000 people and killed 6,500 people.

But the economic impact has been severe because of falling commodity prices, suppressed remittance flows and a collapse in tourism and investment. The IMF also remains concerned that the virus could “spread aggressively”.

Ms Georgieva said the IMF was already in the process of increasing annual average disbursements to Africa 16-fold to $16bn. “We have no intention to stop there,” she said.

This year alone, the international community still had to find an additional $44bn for Africa, either through debt write-offs, grants or concessionary funding, she said.

We are in this together. If there is anyone that hasn’t quite gotten it, please wake up

Ken Ofori-Atta, Ghana’s finance minister, is one of many African officials to complain that while richer countries have taken massive and unorthodox measures to stave off economic collapse, African countries are expected by creditors to stick by the rules. “You really feel like shouting: ‘I can’t breathe,’” he said.

Without naming the US, Ms Georgieva called on countries to reconsider their opposition to a new issuance of $1tn in Special Drawing Rights that would provide a liquidity boost to countries facing a sudden depletion of foreign reserves. Steven Mnuchin, US treasury secretary, has voiced Washington’s opposition to an SDR issuance, akin to “printing” money, on the grounds that some funds would go to the likes of China and Iran and not enough to poor countries with low IMF quotas.

“We have not been able to gather sufficient support for a new SDR issuance at this point,” Ms Georgieva conceded.

“I would not say this is off the table, but we need 85 per cent voting and we don’t have it at this moment,” she said, adding that those countries with strong economic fundamentals had been able to issue bonds to bridge the liquidity gap. “For weak economies, for poor countries, it continues to be a very pressing issue.”

In the meantime, she said, the IMF was negotiating to reallocate some of the roughly $260bn of existing unused SDRs from rich countries to poor ones, a proposal she described as “progressing”. However, African Union envoys appointed to press the continent’s case say this will not be enough because African countries are eligible for only 6.8 per cent of these funds.

Ms Georgieva also called on private sector lenders to African countries, such as banks and pension funds, to join in a debt moratorium. “We are asking everybody to look in the mirror,” she said, adding that rating agencies should not penalise countries that agreed debt standstills with creditors.

“We are not talking about a debt reduction and it is voluntary,” she said, referring to a possible private sector debt standstill. “We are in this together. If there is anyone that hasn’t quite gotten it, please wake up.”