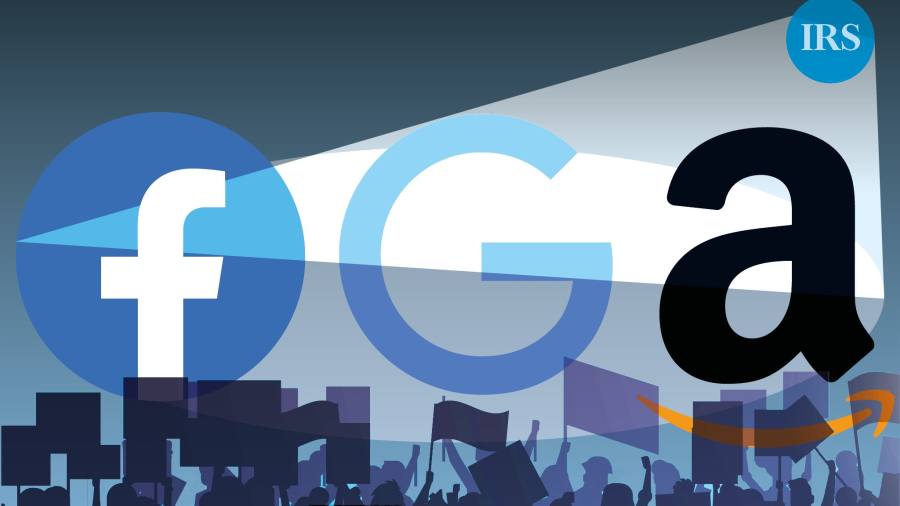 Will social justice lead to economic justice? It is a question raised by the Black Lives Matter movement, which has spotlighted systemic racism in the US and the economic inequality that accompanies it. But it is also a question for the corporate world more broadly — and in particular for Big Tech.

Social media companies such as Facebook, Snapchat and Twitter are losing advertising dollars from large companies worried about being associated with the inflammatory content published on these platforms. However, it will take far more than an ad boycott around hate speech to curb the economic power of Big Tech.

For starters, the boycott may be just an opportunistic way to do some virtue signalling when marketing budgets are already down. Facebook chief executive Mark Zuckerberg is betting on that, reportedly telling employees, “my guess is that all these advertisers will be back on the platform soon enough”. Whether or not he is right, boycotters including Starbucks, Coca-Cola and Unilever make up a small share of overall social media ad revenues. More than 70 per cent of Facebook’s $70bn of advertising revenues comes from small businesses.

They have been decimated by the pandemic. But when they return, it’s a fair bet they will spend whatever marketing budgets they have left on digital advertising, which is cheaper and more efficient than other kinds. Yes, online advertising has taken a hit. But the viability of the surveillance capitalism business model, so called because it commodifies personal data to make profits, hasn’t changed.

Indeed, it is quite likely that the largest consumer data collectors — including Google, Amazon, and Facebook — will emerge bigger and more powerful after the pandemic. The weighting of the technology sector in the S&P 500, buoyed by a handful of large companies, is near 30 per cent — a 20-year high.

So while boycotts draw attention to issues such as toxic content, privacy and civil liberties, an equitable sharing-out of digital wealth requires other things.

The most important is more transparency. Like big financial institutions, large consumer technology companies traffic in information. They sit in the middle of an hourglass, viewing every transaction that moves through with a clarity unavailable to consumers, competitors or regulators.

That information asymmetry gives them a problematic advantage. As Adam Smith put it, for markets to be fair and efficient, parties on both sides of a transaction need equal access to information and a shared understanding of what is being exchanged. That is not how surveillance capitalism works today.

The opacity of online transactions and the power it gives to Big Tech is a key reason why regulators in Europe and the US want to open their algorithmic black boxes. Sherrod Brown, the most senior member of the US Senate committee on banking, housing and urban affairs (and a fighter for more transparency and tougher financial regulation after the 2008 crisis) has proposed legislation that would change the dynamics of data collection.

It aims to shift the burden of responsibility away from consumers, who have to read 4,000-word privacy policies and click “I agree”. As well as banning facial recognition technology, it would also confine data monetisation to single transactions, rather than allowing companies to collect consumer data for a variety of uses and unlimited amounts of time.

Enforcement of such rules would probably require algorithmic auditing. Interest in this has grown due to a Covid-19-related boost in the use of artificial intelligence and automation to manage credit scores, loan applications, hiring decisions and the like. Avoiding “algoracism” may seem to be about social justice. It is also about competition.

Companies complain that if regulators force them to open their algorithmic black boxes and change their business models, then the ease and utility of their services will fall. Senator Brown’s answer is: “Silicon Valley should respond by doing what it has always done best: innovating.” He makes an analogy to the environmental disasters of the 1960s, which ultimately led to the Clean Air Act, the Environmental Protection Agency and lower emission vehicles — a trend that reached an apex recently when Tesla became the world’s most valuable automaker.

As well as opacity, Big Tech relies on scale and global reach to generate disproportionate profits. But deglobalisation and the world’s fragmenting technological landscape will limit the ability of companies to grow across borders: witness India’s banning of Chinese social media firm TikTok. Meanwhile, in the US, the heads of Apple, Facebook, Google and Amazon will convene at the end of July in Washington DC for antitrust hearings, the first big debate about US competition policy in half a century.

The final tailwind to Big Tech’s economic power has been tax policy. None of Democratic presumptive nominee Joe Biden’s proposals would increase taxes on the tech sector specifically, as the UK and some European countries have proposed. Yet it is thanks to relatively low tax rates that Big Tech keeps a chunk of its corporate profits. If we want real economic justice, I suspect we will need a digital dividend tax too. Corporate boycotts make a political statement. It will take more than that to have an impact on Silicon Valley’s bottom line.