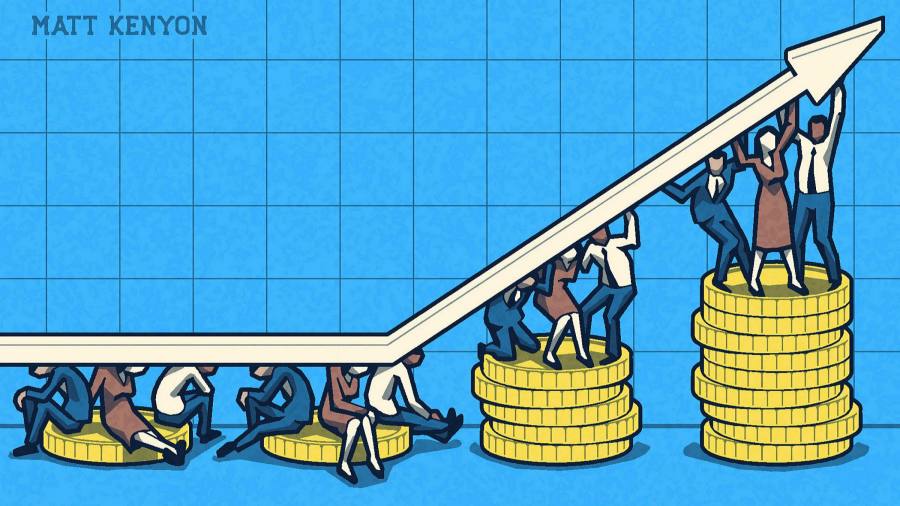 The pandemic has torn through companies’ profits. That makes it the ideal time to give employees a raise.

This may sound perverse. Airlines and sandwich chains alike are warning of further lay-offs, countless workers have had their wages cut by employers scrambling to save cash, and governments are having to pay businesses to retain staff.

But for companies that have stabilised enough to plan for a post-Covid-19 future, the crisis has created both an imperative and an opportunity to re-examine the cost of labour in their business models.

Those companies are disproportionately large multinationals and their leaders have spent the past couple of years forging a new consensus that capitalists have responsibilities to more stakeholders than shareholders alone.

They are the most likely to have pledged loftily to “build back better”. Their corporate Instagram accounts probably broadcast vows to do more to address systemic racial inequities after the death of George Floyd.

But what better system should they try to build? With growth suddenly harder to come by — whether in emerging markets or in premium-priced products — the answer must include a broader, more robust middle class.

Henry Ford may have been motivated more by reducing costly staff turnover than by enabling his workers to afford Model Ts when he doubled wages in 1914. Yet it has long been clear that paying a living wage can help a business compete and prosper in economies driven by consumer demand.

Ford’s strategy is coming back into vogue as more companies conclude that higher salaries pay for themselves in lower staff churn, improved engagement and more consumers with money to spend. Aetna chief executive Mark Bertolini gave his lowest-paid staff a raise when he realised they could not afford the insurance policies they sold to customers. PayPal’s Dan Schulman overhauled pay and benefits after learning that two-thirds of his entry-level employees couldn’t make ends meet.

Employers such as Amazon and Walmart have also increased starting wages without investor backlash. “The only sustainable comparative advantage a company has is the depth of talent it can attract and retain,” Mr Schulman says.

That has long been true. What has changed is that coronavirus has intensified scrutiny of how little some companies pay. Brand-damaging protests, political pressure and investors’ growing attention to “social” factors are all changing risk/reward calculations around low pay.

UK fast-fashion retailer Boohoo shrugged off previous claims that it used suppliers who paid workers as little as £3.50 an hour. But its share price plunged after it was accused of sourcing clothes from cramped factories suspected of fuelling the spread of coronavirus.

“When you start talking about a living wage people start to squirm in their seats,” says Martin Whittaker, chief executive of Just Capital, which monitors companies’ impact on society. But the pandemic has created an opportunity for bolder action.

“If I’m a smart CEO looking forward 20 years to my legacy, I’m thinking this is a once in a generation moment,” he says. As more investors support longer-term thinking, “there’s all the cover needed for boards and CEOs to think differently about wages”.

As James Manyika, chairman of the McKinsey Global Institute, puts it, plenty of research shows that investments in companies’ people pay off. The challenge has been that the returns are not instant.

It is a unique feature of 2020 that investors are looking past the next quarter’s profits. Businesses have been so disrupted that the focus is on how a company might emerge a year or two from now. That, Mr Manyika notes, “creates an interesting reset moment”.

Boards should seize it: audit where they are paying less than a living wage, and explain to investors why they intend to invest in the people that companies like to call their greatest asset.

The new urgency around racial diversity and inclusion sharpens the imperative. One clear way that employers can improve the fortunes, and spending power, of minority communities is by raising the wages for the lower-paid jobs where they remain over-represented.

“You can’t have a conversation about racial equity without economic equity,” Mr Whittaker remarks, pointing to a Just Capital survey which found that black Americans’ top priority for companies is that they pay a living wage.

Wages, clearly, are not the only solution. Companies must also consider the costs of healthcare, transportation and childcare, and the role that training can play, Mr Manyika notes. But pay is in companies’ immediate control. After a decade in which the US federal minimum wage has not budged, they should not hold their breath for governments to solve this problem.

Businesses need a growing, thriving and diverse middle class. But too many CEOs who profess to aspire to something better are still paying wages, directly or in their supply chains, which offer no path to that status.

As pressure grows for more disclosure on pay equity, CEOs should ask themselves if they still pay wages that they would be uncomfortable defending in public. If they need another incentive, they can consider that raising wages at the bottom will make their own rewards look like a less astronomical multiple of their average worker’s pay.